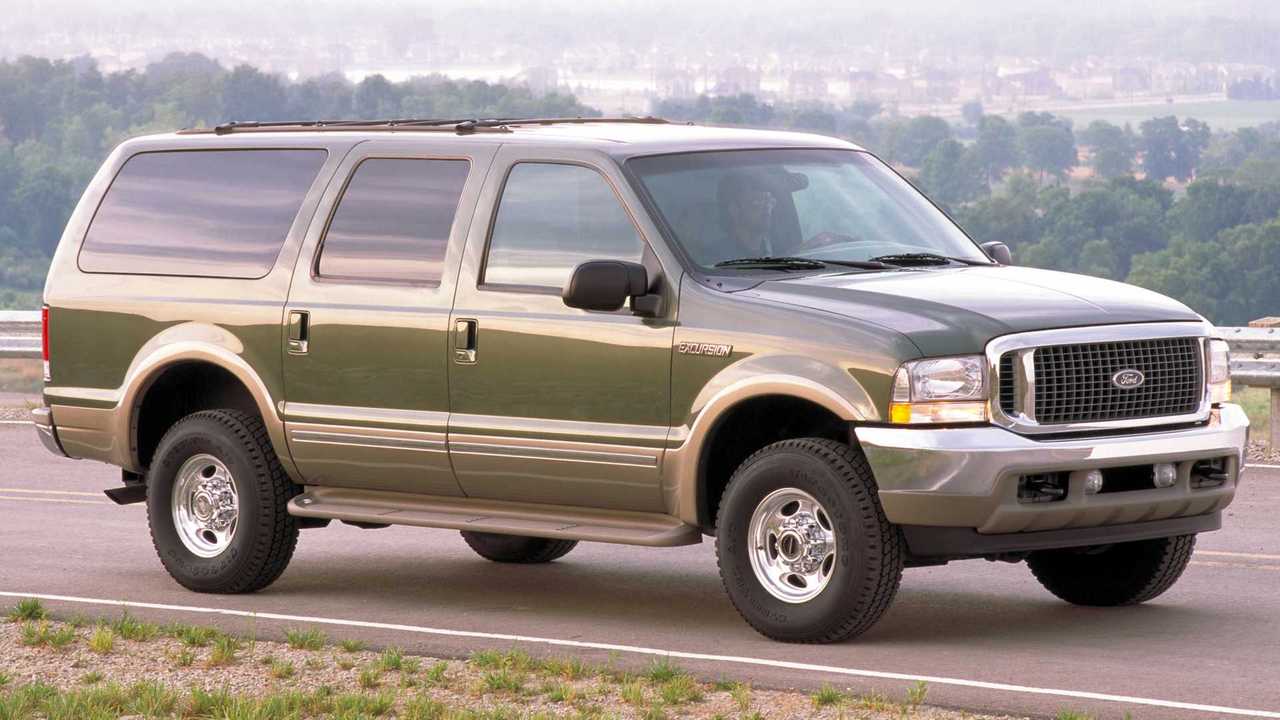 The company’s latest filings could hint at upcoming models or new technology.

With three-row crossovers and SUVs back on the rise, the latest move from Ford shouldn't surprise anyone. As of April 24th, 2020, the company has filed a trademark to retain the name "Excursion." That's right, the hulking three-row from the early 2000s could make a comeback, theoretically. But it probably won't have the same massive V10 or Power Stroke diesel V8 if or when it does.

Our friends at MotorTrend discovered the Ford filing from the U.S. Patent and Trademark Office (USPTO), specified for use on "motor vehicles, namely, automobiles, pick-up trucks, electric vehicles, sport utility vehicles, off-road vehicles, and their structural parts." With the GMC Hummer EV on the way, it's possible that Ford could be planning an electric Excursion to compete, but the trademark leaves the possibilities pretty open-ended.

But that's just one of two trademarks the company has applied for recently. According to another uncovered filing by the Macheclub.com, the Blue Oval's luxury brand, Lincoln, wants to trademark the name "eGlide," as it's written on the USPTO website. The company filed for the trademark on April 23rd, 2020 – just a day before Ford applied for Excursion. And like the Excursion filing, this one covers a lot of potential uses:

Of course, this could all mean nothing. We've seen companies apply for trademarks in the past, either to retain a name it once used – in this case, like Excursion – or to simply have a deep bench of potential nameplates if needed. But with Ford's recent emphasis on electrification, and both trademarks covering electric vehicles, it is entirely possible that we see either or both the Excursion and eGlide names used somewhere down the line. We'll find out eventually.