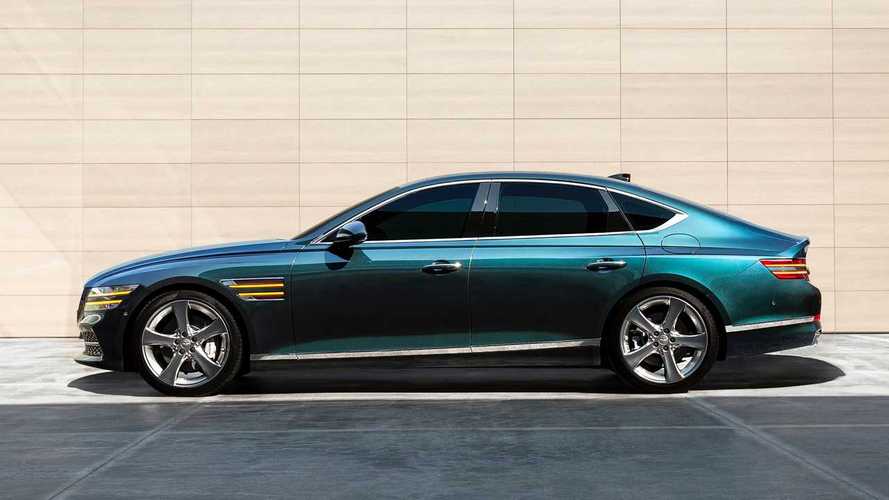 The former head of Hyundai, Genesis, and later Kia design, Luc Donckerwolke, has left the Korean automaker after four years, according to a new report from Automotive News (sub. required). The designer cites "personal reasons" for his departure, in an internal note uncovered by the publication. Donckerwolke took over as global design head for Hyundai in 2016, leaving his post as head of Bentley design, and eventually replaced Peter Schreyer at Kia just two years later.

Donckerwolke leaves behind a distinguished portfolio of Hyundai and Genesis products. He was responsible for the styling of well-received crossovers like the Kona and Palisade, as well as modern Genesis vehicles like the GV80, the latest G80, and the G90. Donckerwolke even gets credit for conceiving the new Genesis design language, first previewed by his Essentia concept in 2018.

The 54-year-old design executive studied at the Art Center College in Vevey, Switzerland, before taking up his first design job: an internship at Peugeot. From there, Donckerwolke moved to Volkswagen Group and spent two years in the Audi design division before advancing to a permanent position at Skoda. His first significant design contribution to a production vehicle design came in 1996 with the then-new Skoda Octavia.

From Skoda, Donckerwolke returned to Audi for a short four-year stint before taking the job of Head of Design at Lamborghini in 1998. There, he helped create three of the most iconic vehicles of the time: the Diablo VT, the Murciélago, and in 2004, the Lamborghini Gallardo. That trio helped earned Donckerwolke a 'Red Dot Award' in 2003, as well as a position as Design Director of SEAT in 2005. A few years later in 2012, Donckerwolke took over as Bentley Design Director.

Reports say that Donckerwolke plans to spend more time with his family in Bavaria, and that the company won't fill his position immediately. Head of the Hyundai Design Center and a Senior Vice President at Hyundai Motor Company, SangYup Lee, will continue his oversight of Hyundai and Genesis, while current Head of Design for Kia, Karim Habib, will do the same for that brand.