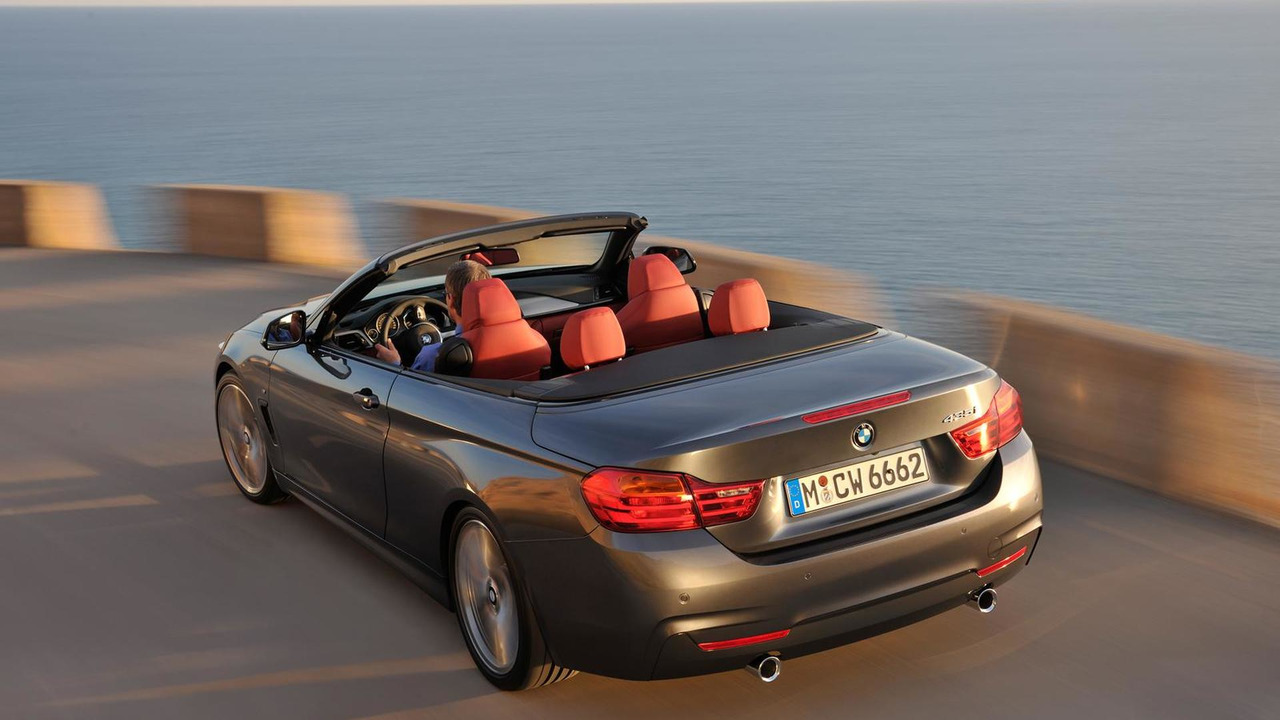 BMW has officially introduced the all-new 4-Series Convertible which will be shown to the public next month at Los Angeles Auto Show.

BMW has officially introduced the all-new 4-Series Convertible which will be shown to the public next month at Los Angeles Auto Show.

Looking exactly as you would expect, the first-ever 4-Series Convertible adopts a three-piece retractable hardtop boasting a sound-absorbing headliner which reduces wind noise by up to 2 dB in comparison to what the defunct 3-Series Convertible had.

By a simple push of a button the car morphs into a coupe and vice versa in 20 seconds at speeds of up to 11 mph (18 km/h). BMW has equipped the 4-Series Convertible with three-temperature neck warmers which will allow you to drive the car with the top down even at lower temperatures without getting too cold.

Since we are talking about a convertible, cargo area is a delicate subject but BMW says it has increased by 20 liters (0.7 cu. ft.) compared to its predecessor, providing 370 liters (13 cu. ft.) with the top up. Fold it down and you get 220 liters (7.8 cu. ft.) which should be enough for short trips. When the roof is up the car has a drag coefficient of 0.28 while in cabrio mode it increases to 0.33.

These engines will be connected exclusively to an eight-speed automatic gearbox providing Normal and Sport transmission modes, while the 428i model can be optionally configured with an xDrive all-wheel drive arrangement.

European customers also get a 420d model equipped with a 4-cylinder, 2.0-liter turbodiesel rated at 181 bhp (135 kW). The Euro-spec 4-Series comes as standard with a six-speed manual transmission but can be optionally mated to the aforementioned 8-speed auto.

As far as trim levels are concerned, BMW will be offering the 4-Series Convertible in United States in Sport, Luxury and M Sport, while Europeans will also get Modern.

Further details can be accessed from the press release area.