Spring is breaking in the northern hemisphere, but there are still places where snow is aplenty. Our spy sources sent us this video collection of the forthcoming Audi E-Tron GT testing in Sweden, grabbed over the last few weeks as winter snows melt into summer greenery. At least one of the prototypes featured here is identical to a car we saw way back near the beginning of March, but the crystal clear video of the E-Tron GT in motion gives us a fresh perspective on the Porsche Taycan competitor.

To our eyes, it still very much looks like the concept car revealed back in 2018. The mirrors aren’t show-car-spec anymore, and it uses standard door handles. Otherwise, the body lines and details we can see look very close to the concept, and that’s not a bad thing. The E-Tron GT was certainly a looker and even swathed in camouflage wrap, these test cars demand attention.

If anything, the video grabs even more attention because of the sounds we hear emanating from these prototypes. It’s difficult to discern exactly what sounds are coming from the E-Tron, save for the distinct whine of electric motors. We hear a surprising amount of noise not unlike a gasoline engine more often than not – could Audi be running some noise generators piped outside the car to confuse onlookers? Admittedly, we often see the E-Tron GT with other vehicles in the vicinity so that could be the source of the “added” sound. 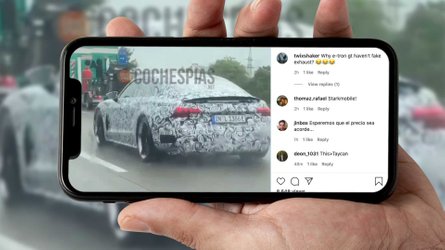 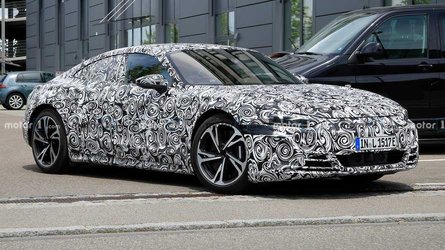 Despite the sounds, this car is all-electric. We don’t know exactly how the production version will shakedown performance-wise, but the concept dished up 582 horsepower (434 kilowatts) with a 90-kWh battery pack. Audi said the concept could hit 62 mph (100 km/h) in 3.5 seconds with an estimated range of 250 miles. When the production model arrives we expect similar stats, as well as a price tag under $100,000.