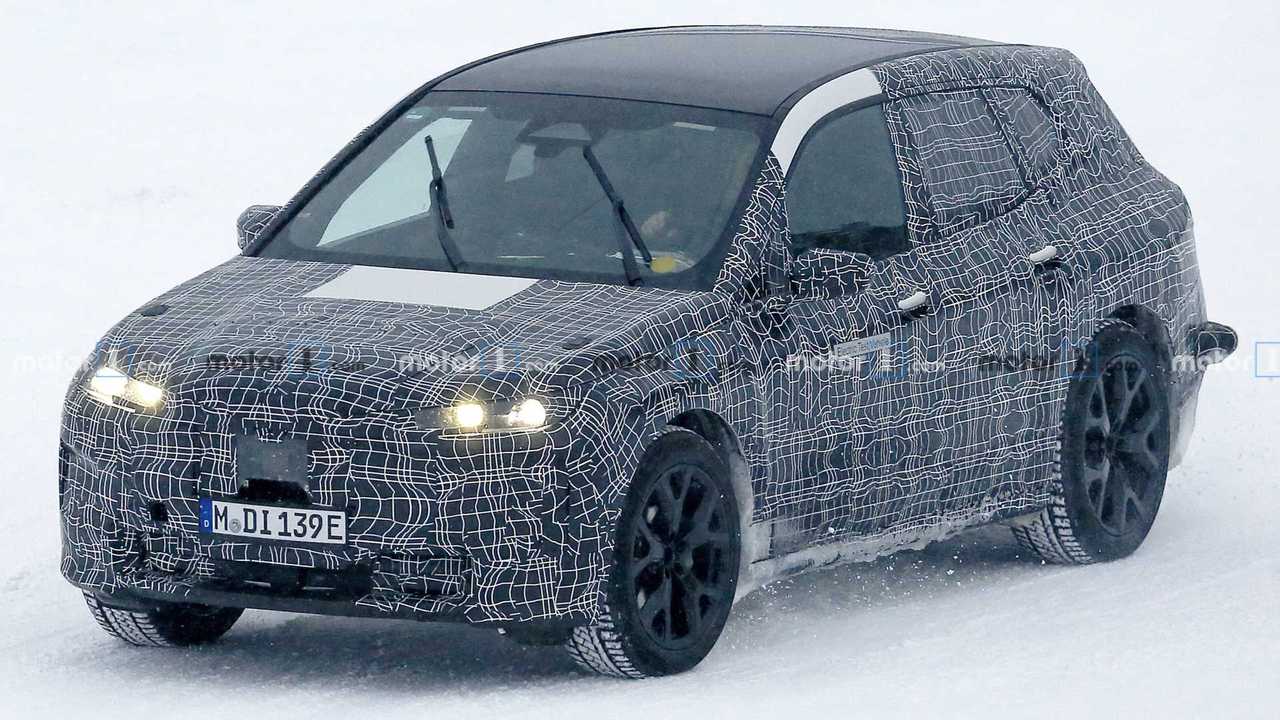 The BMW iNext is the German brand's forthcoming electric crossover that the company intends to be a technological tour-de-force. These new spy photos catch one testing on a snowy course in Sweden. According to our spies, this is called a µ-split field that the automaker uses for finetuning driver assistance like the stability control.

In terms of styling, the iNext doesn't appear to be much of a departure from existing BMW crossovers. Without the "Electric Test Vehicle" decal on the driver side door, there wouldn't be anything about this model's aesthetic that tells viewers that it's an EV. Earlier photos suggest a few interesting design details like a clamshell hood and frameless windows.

BMW still keeps a secret about most aspects regarding the iNext's drivetrain. The company projects a total range of up to 373 miles (600 kilometers) in the WLTP cycle. This figure likely only applies to the most efficient version, though. Expect BMW to offer multiple powertrain variations, with some of them putting a focus on performance rather than maximum distance on a charge.

The iNext will also be available with Level 3 autonomous capability. This will mean that drivers will have to keep their hands on the wheel to take control in an emergency, but the vehicle's systems will be able to handle things during normal motoring.

What's Next for the iNext:

Other high-tech features will allegedly include controllable levels of side glass tinting that would keep the interior cooler on a hot day, in addition to offering more privacy. This is an application of a similar feature already fairly common in sunroofs.

The iNext will arrive in 2021, so we'll likely see a lot more of its development before the debut. Production will take place at the automaker's Dingolfing factory in Germany. The timing for the public unveiling is still a mystery.