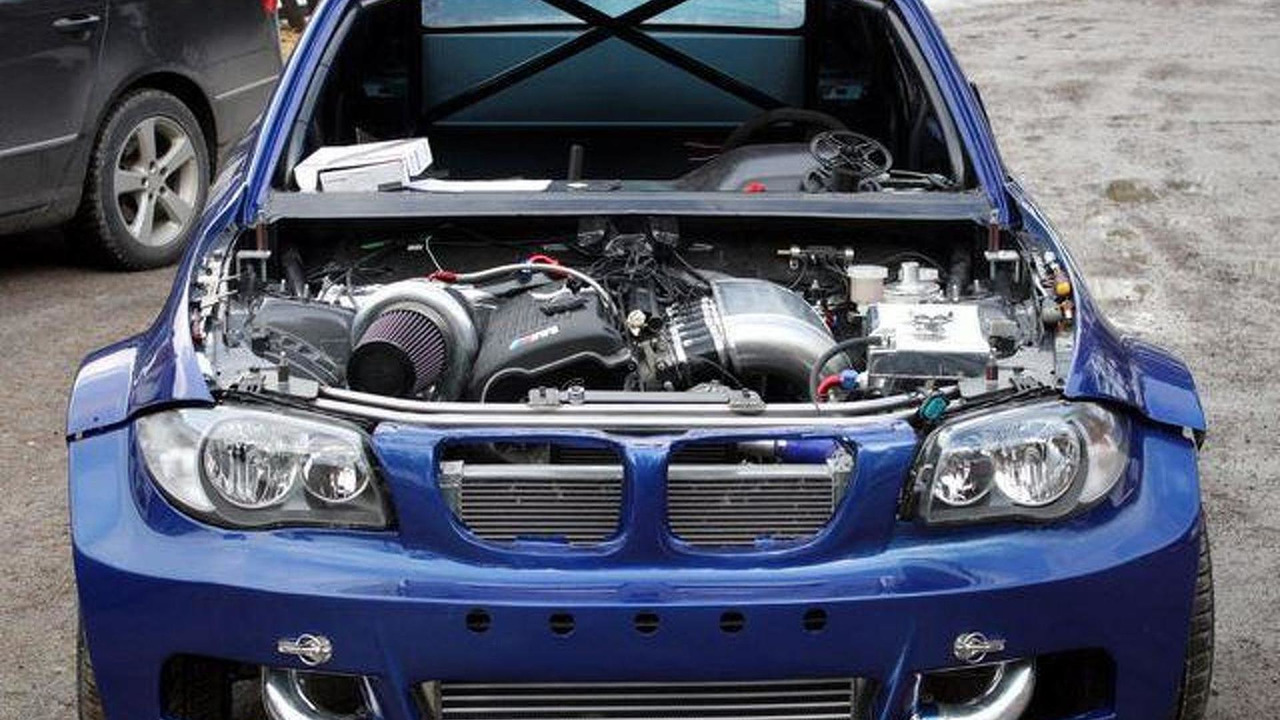 An aftermarket enthusiast from Sweden decided to entirely rework a BMW 1-Series to make it more eligible for racing.

An aftermarket enthusiast from Sweden decided to entirely rework a BMW 1-Series to make it more eligible for racing.

The 1-Series (excluding the 1-Series M Coupe) is considered by most people to be the least appealing model in BMW's portfolio. However, it's worth taking a closer look at this particular 2012 1-Series E82 model coming from Sweden which has received the inline-six 3.2-liter engine from an M3 E46.

The motor was fitted with a turbocharger, forged pistons and rods, custom exhaust and manifold, along with a new cooling system and a remapped ECU. As a result of these changes, the engine's output has jumped from the series 340 bhp (253 kW) to more than 800 bhp (596 kW).

Aside from the engine transplant, the 1-Series was equipped with the M3 E92's front and rear subframe (including electronic steering and differential) in order to handle the additional muscle. Also borrowed from the M3 is the coilover suspension, while the stock brakes were replaced by a new K-sport system. Other changes include new alloy wheels, a bespoke dual exhaust setup and a fiberglass body kit including doors.

To shave off some of the excess weight, the tuner installed new a hood, roof, trunk and fenders made from carbon fiber. Safety features haven't been forgotten as this custom 1-Series has a Sparco racing seat, roll cage, hydraulic handbrake, as well as other goodies like an Alcantara steering wheel, an adjustable pedal box and the carbon dashboard taken from a 3-Series E30.