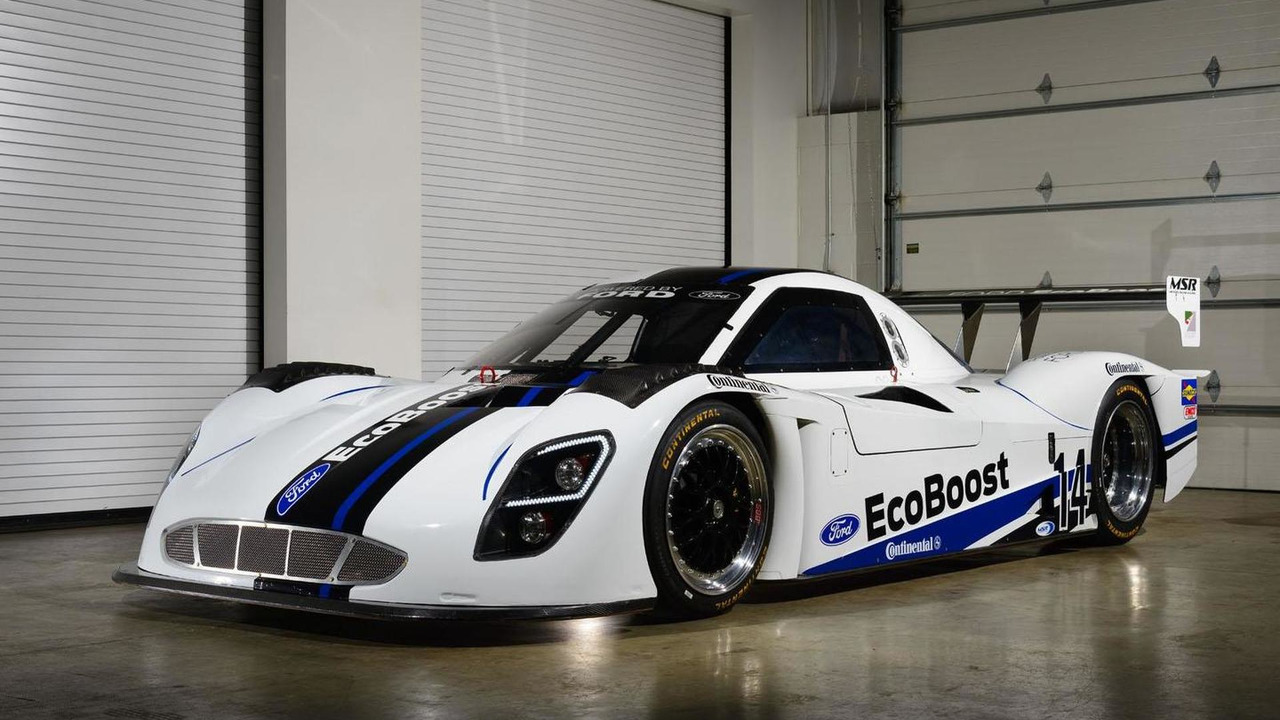 Ford has taken the wraps off their Daytona Prototype that will compete in the 2014 TUDOR United SportsCar Championship Series.

Ford has taken the wraps off their Daytona Prototype that will compete in the 2014 TUDOR United SportsCar Championship Series.

Set to enter competition at the 2014 Rolex 24 Hours of Daytona, the race car will be powered by a 3.5-liter EcoBoost V6 engine. Ford didn't have much to say about the engine itself but confirmed it has recently undergone endurance testing at the Dynamometer Lab in Dearborn, Michigan. The company also revealed that specialists from Roush Yates Racing Engines collaborated with the automaker to ensure the engine is ready for the TUDOR United SportsCar Championship Series.

Before entering competition next year, Michael Shank Racing, Ford Racing and Continental Tire will team up to attempt to set a new track record at Daytona by exceeding the 210.364 mph (338.548 km/h) lap that NASCAR champion Bill Elliott had in 1987. If everything goes according to plan, the attempt will be made on October 9th.

According to Ford Racing director Jamie Allison, "We’re proud to bring a direct-injected, twin-turbo 3.5-liter V6 EcoBoost engine to the United SportsCar Championship in a field of competitive V8-powered entries. We want to show Ford EcoBoost’s capabilities as an engine that provides both performance and fuel economy, on and off the track.”