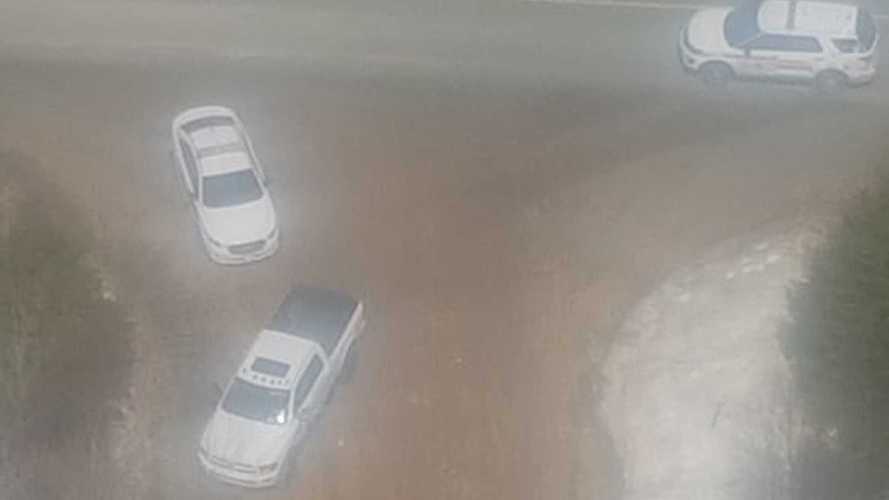 Good thing, the family has one parked and ready at home.

What's your dream garage? If you ask me, it would probably have a roadster, a supercar, an SUV, and a helicopter. Why a helicopter? This is why.

Emmanuel Toner, a Canadian grocery store owner, was filling his truck with fuel in central New Brunswick around noon on Monday, April 27, 2020. However, according to CBC Canada, as he walked out of the Ultramar after getting a receipt for the fuel, he saw his Ram truck being driven away by a thief. He had left the truck running while he paid for the fuel, and still had the key fob in his pocket.

According to Toner, he posted a photo of his truck on the Facebook page of the grocery store his family owned. He thought it's the best way to track down the truck.

"In no time, we had lots of shares and likes and people were looking for my truck," Toner said in an interview with CBC.

With tips and information of sightings in hand, Emmanuel's dad, Teddy Toner, offered their family's helicopter to aid in the pursuit of the stolen truck. Forty-five minutes after the truck was stolen, Toner and his brother-in-law were up in the air looking for the white Ram truck.

Toner also called the Royal Canadian Mounted Police (RCMP) for assistance in the matter. With the RCMP in land pursuit and the chopper serving as eyes in the air, the hunt commenced.

You Can't Outrun The Police, Especially If There's A Chopper Involved:

It ended when the RCMP used a spike strip to slow the truck down. At first, they thought the spike strip didn't work, but thankfully they eventually saw smoke coming out of the tires. The thief pulled over in a dirt road and ran into the woods with the police at his back.

The chase ended about two hours from when the truck was stolen. Toner and his kin watched as the RCMP arrested the suspect.

"He obviously didn't choose the right truck to steal because with a helicopter, if you know the whereabouts of the truck it's pretty easy to locate," Toner said.

We would like to thank Emmanuel Toner for sending us photos to use in this report.