In a car that's this small, 307 horsepower is plenty for a driver to handle.

The Southern California tuner S Klub has a Porsche 550 Spyder packing the 2.0-liter turbocharged flat-four-cylinder engine out of a Subaru WRX. Where the original version of the famous Porsche sports car has around 109 horsepower (81 kilowatts), this one makes a claimed 307 hp (229 kW) at the wheels. That's plenty for a vehicle that leans about as far into minimalism as a car can get while remaining functional on the street.

If this 550 Spyder looks vaguely familiar, it's because we saw a video of S Klub's sibling for this vehicle in 2019. That one is a bit different because the driver sits in the center, whereas this vehicle actually allows for a passenger to take a ride. Also, don't worry about real 550's going under the knife because these are Vintage Motorcars' replicas.

This vehicle wears a body in Audi's Nardo Gray and a Martini-style stripe in dark colors runs over the center of the body. It rides custom HRE wheels. With no roof, windows, or a full windshield, the cabin is practically part of the exterior styling. Blue, diamond-quilted leather makes up the majority of the upholstery. The same material is on the underside of the engine cover and underneath the front panel. It's best just to ignore the ostentatiousness of having a drawer full of cash in the cargo area. 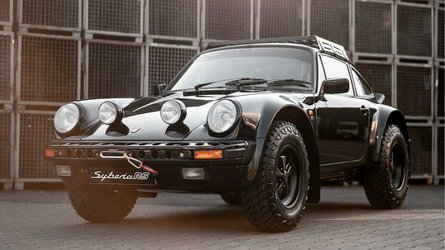 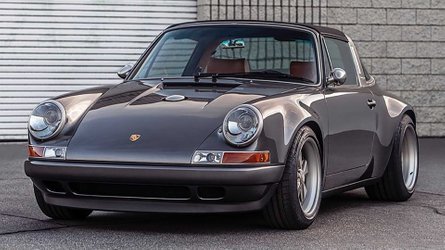 Riding in this 550 is a wild experience, especially for the passenger. There's basically no wind protection, so even fairly low speeds feel like you're going at a much faster velocity. Plus, the exhaust exits out of the engine panel, so the sound is directly in the ear of occupants.