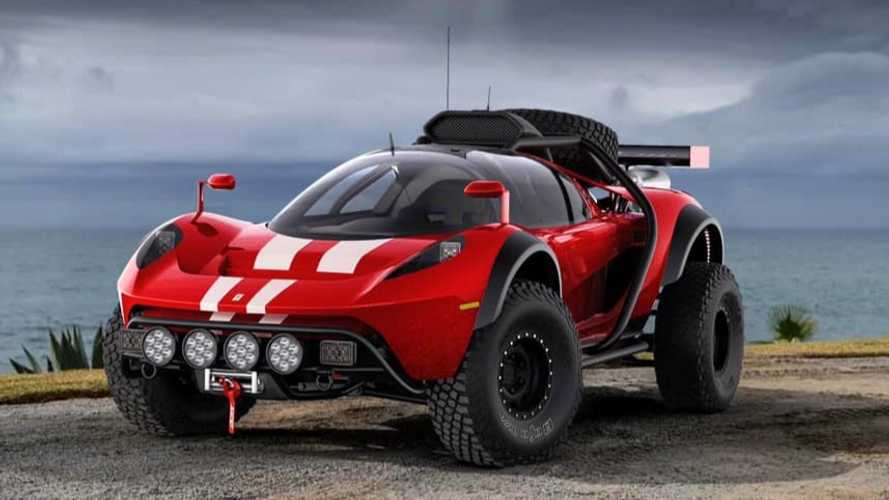 You'll have to assemble it yourself.

Over the course of only a few weeks, a simple rendering made just for fun to publish on social media has been turned into an official preview of an actual product – that’s the story of the Mini Boot. Scuderia Cameron Glickenhaus has announced via Facebook this rad little off-roader is happening for real, but with a twist. Much like Caterham does for some of its models that have a self-assembly option, SCG says the mid-engined buggy will be a DIY vehicle in the sense the owner will have to take care of putting all the pieces together like an automotive puzzle.

While the Mini Boot will be shipped to customers without an engine, SCG says the competent off-roader is being developed to accommodate a 2.2-liter EcoTec crate engine from General Motors, with a Sadev transaxle gearbox. You might remember this powertrain from cars offered by GM in the 2000s, such as the Pontiac Sunfire and the Chevy Cobalt where it produced 145 horsepower and 155 pound-feet (210 Newton-meters) of torque. It had a similar output in the Opel / Vauxhall / Holden Astra and Zafira as well as in the Oldsmobile Aero and the Chevy Malibu.

What Else Has SCG Been Up To?

That might not sound like an impressive amount of power, but it’s worth noting James Glickenhaus says they’re targeting a curb weight of just 1,400 pounds (635 kilograms). An open-top version is also under consideration to further broaden the niche model’s appeal.

SCG hasn’t finalized all the details, but the company is thinking of selling the Mini Boot with a standard two-wheel-drive layout and an optional 4x4 system on the more expensive variants. The home-built kit car could be developed in such a way as to comply with the Baja 1000 rules and also be eligible to take part in other races.

Pricing details have not been disclosed, although we do know SCG aims to keep the Mini Boot affordable and might sell the vehicle in different configurations by varying the number of parts shipped to the customer. This would lower the original asking price as the owner could source the remaining components from somewhere else.

When asked about the prospects of an EV version, James Glickenhaus said it could technically be done as he’d “love to race a Tesla Cybertruck” with a Mini Boot at the Baja 1000, adding “bring it Elon” at the end.