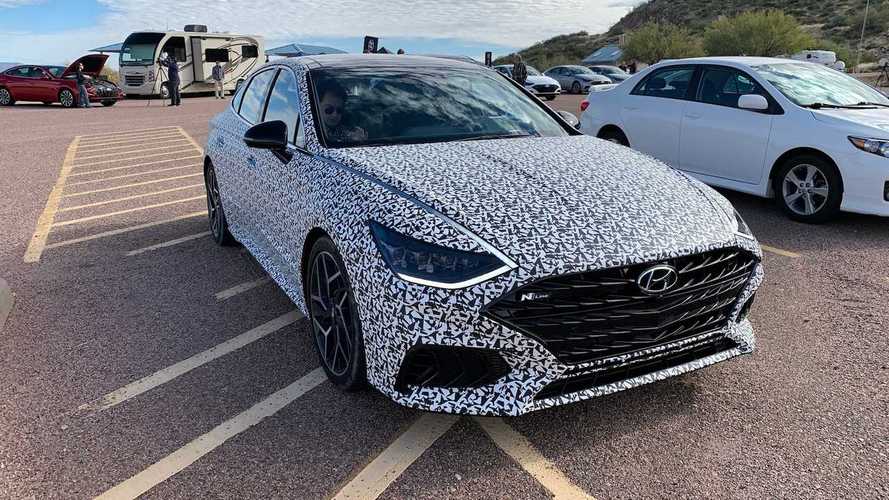 We could be seeing the performance variant by next month.

The Hyundai Sonata has evolved from its once classy design. I can still remember how enamored I was with the Sonata around 10 years ago. Its design was simple, with straight lines and some touches of chrome that are fit for an executive midsize sedan, but it has an appeal for the more mature car enthusiasts. That, or maybe I was on an age denial crisis back then.

Ten years forward and Hyundai gifts us with a Sonata that's far from its past demeanor. Strong, sharp, and aggressive lines fill the design – a representation of the marque's "sensuous sportiness" styling.

We've driven it more than a year ago, and from that, we've learned that Hyundai is planning to make a performance-oriented version of the midsize sedan called the Sonata N-Line. We also learned that Hyundai targets to sell the Sonata N-Line by September of this year. As for the official reveal or debut, the Korean marque didn't disclose any date, but it seems like we're on the verge of seeing it without the wraps.

According to a report by The Korean Car Blog, local sources said that the debut of the Sonata N-Line will happen by mid-May. This means in less than a month, we'll finally see if this rendering holds true with the official version of the sporty sedan.

Too Bad We're Not Getting A Full N Model:

We have a lot of information about the Sonata N-Line, thanks to the confirmation of the marque. Under its hood, a turbocharged 2.5-liter four-cylinder will reside, which makes 290 horsepower (216 Kilowatts) and 310 pound-feet of torque. This mill will be paired with the new eight-speed wet dual-clutch transmission found in the recently-revealed 2020 Veloster N.

Save Thousands On A New Hyundai Sonata

But if you're looking for more, like a full-fledged N version of the Sonata, we hate to break this to you but Hyundai has confirmed that it won't be making one – at least not soon since it's not the company's intention for the car.