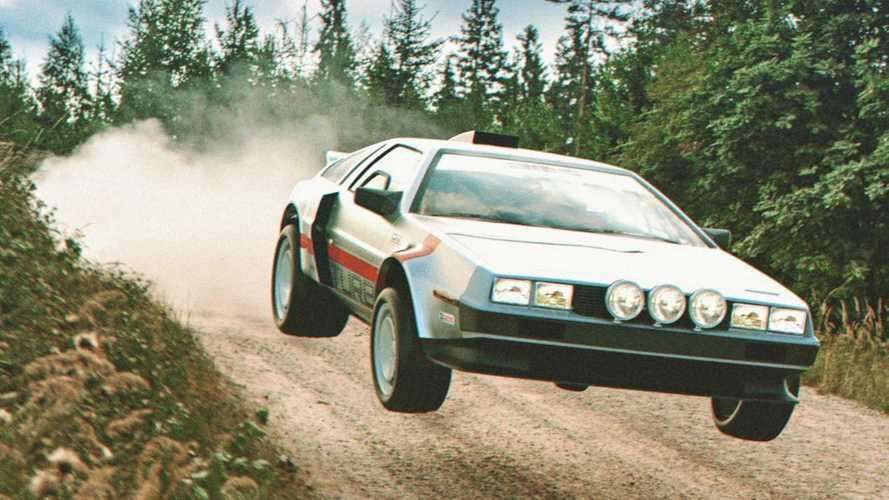 The actual engine was already in the works.

Back in the early 1980s, the DeLorean DMC-12 would stand out as a car from the future. It stuck out with its stainless-steel body panels and unmistakable gull-wing doors and was designed by Giorgetto Giugiaro, the same man behind the BMW M1, the Maserati Spyder, and the commercially successful Volkswagen Golf Mk1. While it looked the part, the performance part of this sports car was found to be lacking.

While we all know of its role as the iconic time machine in the Back to the Future franchise past the mid-1980s, there was some actual work done behind the scenes to improve on the performance of the Delorean, even rivaling that of Porsche and Ferrari at the time. With this in mind, Abimelec Design, known for his exciting and always cool takes on old and new cars from around the world took it upon themselves to create a what-if scenario for the DeLorean as a Group B rally car, equipped with its experimental turbo engine.

Gallery: What If DeLorean Had Made A Group B Rally Car?

As we all know, this actually never happened, but the Group B rally concept idea came from Delorean's efforts in sourcing a turbocharged engine for their car. They reached out to Legend Industries in New York and came up with a concept for more power over a wide powerband, not the usual surge and turbo lag experience that you'd find in something like a Porsche 930 Turbo. Legend used a set of twin turbos with twin intercoolers in the 2.85-liter V6, resulting in an engine with 0–60 mph in 5.8 seconds, and a top speed of 150 mph. There was also a single turbo unit that was never completed. John DeLorean himself liked the idea so much that he ordered a few thousand of these engines from Legend Industries, offering it as an option for the car in 1984. But, alas, no cars were ever put into production with the turbocharged option, and DMC had declared bankruptcy, dragging Legend Industries down with them.

Performance Aside, The Delorean Was One Of Those 80's Poster Cars:

Watch This Awesome Driverless EV DeLorean Drift Like A Superstar
⠀

Dozens of DeLoreans Hiding From Hurricane Dorian In Storage

If John DeLorean and his team had more time, made better business decisions, a ton more money and a lot of sponsors to help fund the development of a rally team, who knows, the concept above may have been pretty darn close to reality.