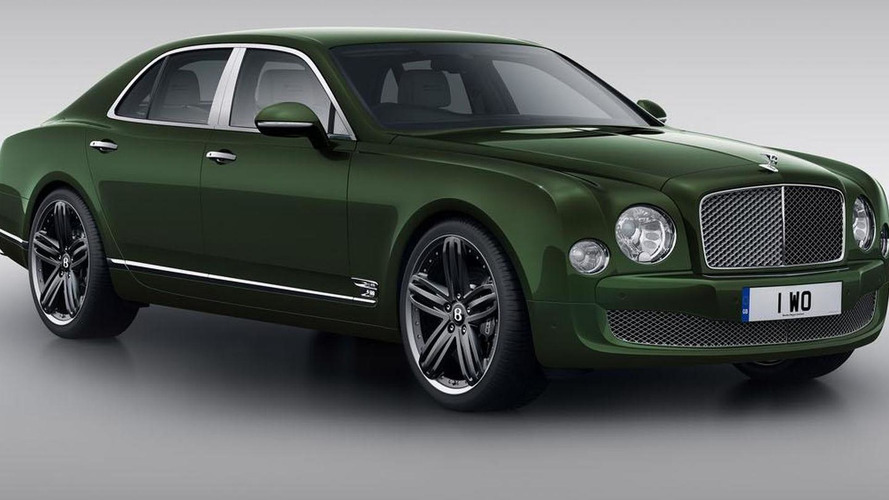 A new report indicates Bentley officials have green-lighted a four-door coupe for a 2018 market release.

A new report indicates Bentley officials have green-lighted a four-door coupe for a 2018 market release.

Several days ago we heard Bentley has allegedly killed the Mulsanne Convertible and now CAR is reporting there will be some changes in the company's lineup. The most important one will be the addition of a four-door coupe which is envisioned to become the company's best-selling model and should have a starting price of approximately 125,000 EUR (up to 150,000 EUR).

It will ride on Volkswagen Group's MSB platform which will first be implemented in the next Porsche Panamera due in 2015. Styling and interior will be Bentley's own, while engine lineup will comprise of V6 gasoline and diesel engines.

2018 is still a long way and a lot could happen until then, but Bentley wants to create a competitor for cars such as the Mercedes-Benz CLS63 AMG and the BMW M6 GranCoupe so chances are such a model will happen sooner or later.

Until then, 2015 will be the year when Bentley will launch an SUV which will be powered by a 12-cylinder engine delivering up to 650 bhp (485 kW). It will ride on the same platform as the next-gen Audi Q7, Porsche Cayenne and Lamborghini Urus. CAR reports Bentley's bosses have signed off the car's design which will be entirely different than what we saw on the controversial EXP 9 F concept.

Looking into the future, the next-gen Mulsanne is due in 2020 and will go upmarket to better compete with the Rolls-Royce Phantom. Set to become more expensive, the all-new Mulsanne will be offered with four-wheel drive and W12 engines, while the V8 6.75-liter will be discontinued.