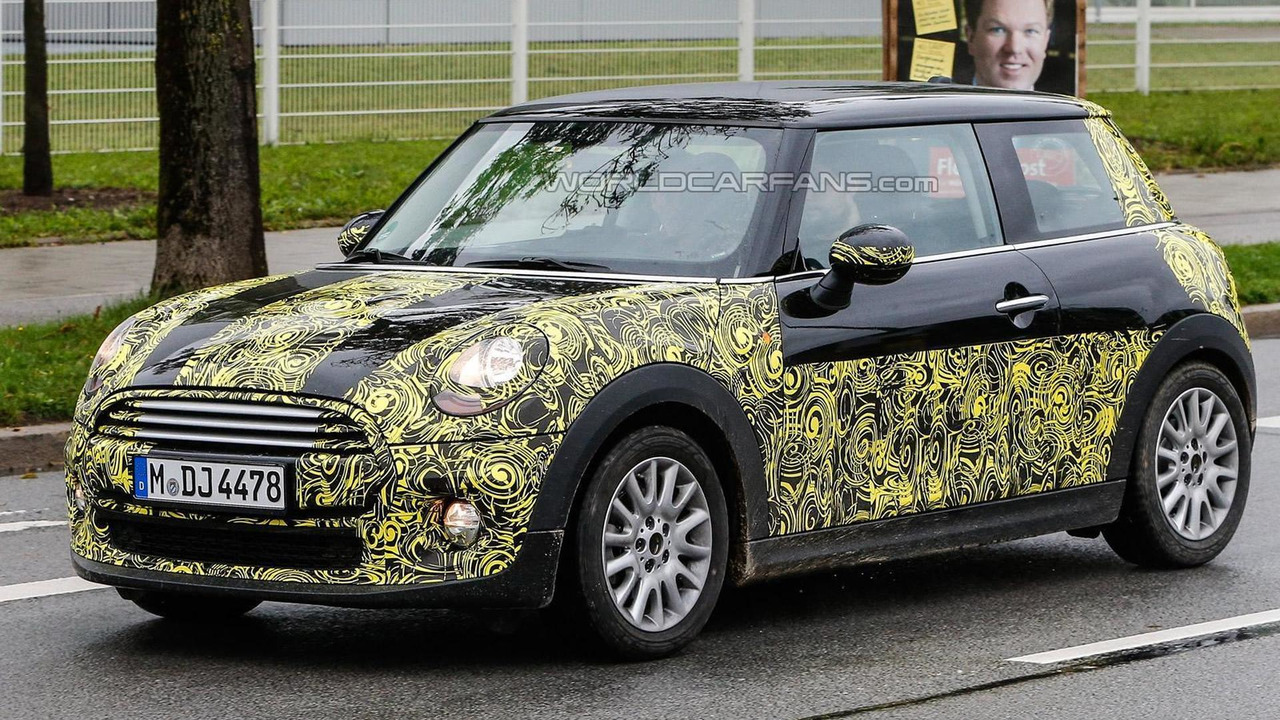 The all-new MINI has been spied wearing slightly less camouflage, prior to a confirmed November 18 reveal.

The all-new MINI has been spied wearing slightly less camouflage, prior to a confirmed November 18 reveal.

The prototype was spotted undergoing testing in Germany and thanks to the lower amount of camo we are able to notice some details of the new generation. It boasts slimmer A-pillars and comes with a longer hood combined with a smaller front grille and enlarged headlights. Overall, the new MINI seems to be longer and wider than the outgoing model which should improve cabin room.

Speaking of the interior, the speedometer will be moved from the center area to the driver’s side. The empty space left by the speedometer will be filled by a touchscreen display, as seen on last month's spy pics. Expect a lot of chrome touches on the dials, air vents and door-mounted speakers, along with a redesigned two-spoke steering wheel and a more spacious trunk.

The 2014 MINI Cooper S and JCW versions will reportedly make use of a turbocharged 1.6-liter engine outputting 178 bhp (132 kW) in the S variant and 217 bhp (162 kW) in the range-topping John Cooper Works model.