E-Motion Engineering created an overland-themed build out of the second-generation luxury SUV.

Although not as capable as its immediate predecessor, the second-generation Porsche Cayenne still boasts a reasonable amount of off-road capability, especially compared to other luxury crossovers. But as a recent YouTube video from Hoonigan AutoFocus proves, there’s more fun to be had in the Cayenne once Porsche tuner E-Motion Engineering had its way with a rare diesel version of the SUV. 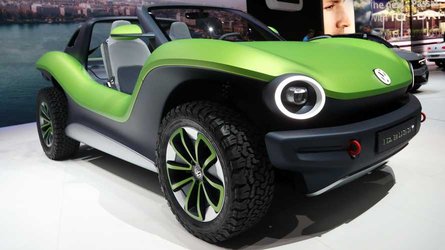 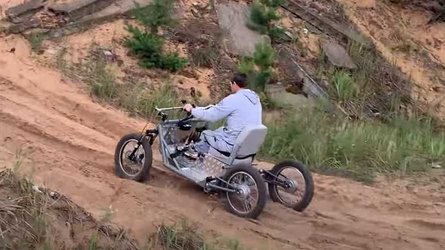 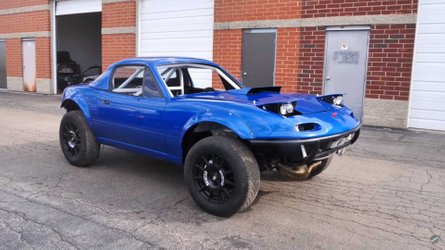 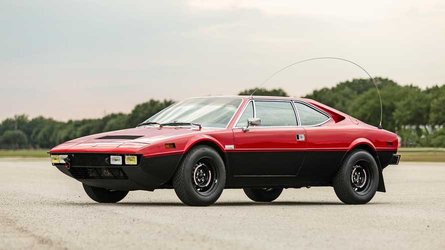 Speaking to Joey Seely, the owner of E-Motion, Hoonigan host Larry Chen learned more about how decidedly intense the Cayenne build was. As one might expect, the Cayenne’s aftermarket selection of off-road parts and body armor is rather slim, which is why the tuning company had to custom-engineer bumper guards and rock rails. Tied into the Cayenne diesel’s frame rails and subframes, these pieces were designed to provide strong, stable anchor points for recovery gear. Providing more off-road protection and versatility are 3/16-inch aluminum skidplates that run the length of the overland Cayenne, as well as a platform-style roof rack and hitch-mounted, swinging spare tire carrier.

The KW coilovers are three-way adjustable for high-speed, low-speed, and rebound, and get this – they’re designed using the same technology the suspension manufacturer used when tasked with the German military’s Volkswagen Touareg. E-Motion ordered three sets of suspension kits from KW, which re-engineered them for the Cayenne from those original military designs. The suspension kit also provides room for impressive Falken Wildpeak A/T3W tires mounted on custom beadlock wheels.

Driving the Porsche Cayenne overlander in tough terrain looks very easy in Hoonigan’s video, with the diesel engine’s 406 pound-feet (550 newton-meters) making short work of lurid, controllable drifts. The added suspension control – accompanied by a whirring, flushing sound from the dampers – likewise helps the Cayenne maintain utter composure when hustling down a dusty road. E-Motion’s Seely is frank that the Porsche isn’t as good a rock crawler as it is an oversized rally car, thanks to plenty of suspension travel and a responsive (but low-range–lacking) all-wheel-drive transfer case. Still, he says he’s chased Tacomas and Jeeps before, and the Cayenne overlander generally has no trouble going where they go.

As Chen and Seely point out, the Cayenne is bred with a reasonable amount of off-road ability right from the factory. But one look at this particular example, and the SUV’s “mall-crawler” reputation goes right out the window, joining the ranks of the company's other surprisingly rugged machines.