It looks ready to break free from its camouflage.

Manufacturing centers for pretty much every automaker around the globe are shut down right now, but things are still active in the world of prototype testing. Just a few days ago we caught a glimpse of the forthcoming Bronco Sport’s interior, looking quite a bit different from the Ford Escape on which it’s based. It took on a decidedly sporty flavor with orange trim mixed amount the sea of gray interior panels, and now there are images of a Bronco Sport prototype with an orange exterior, caught sitting still in a parking lot.

The photos come from TFLnow on YouTube, which says it was spotted in Mesquite, Nevada. There are just two images showing the left and right sides from a three-quarter view in the front, but it certainly does look production-ready. In fact, this prototype looks like it’s trying to shed its camouflage skin and run free across the highways of America.

The orange exterior peeking through the camo wrap looks identical to the orange trim we saw in the interior spy shots. We know the larger Bronco will have a wide range of colors thanks to leaked details from a company producing automotive touch-up paint, and this looks very much like Cyber Orange Pearl. Seeing the same color used for interior trim has us wondering if the Bronco Sport might get color-matched greenhouse accents with its exterior. Unfortunately, the interior spy shots didn’t catch the exterior, so on that front, we’ll have to wait and see.

Return Of The Bronco:

We’ll also have to wait for confirmation of the Bronco Sport’s engine options, which are believed to be a turbocharged three-cylinder mill or a range-topping 2.0-liter four-cylinder turbo. The engine will supply power to a full-time all-wheel-drive system configurable through a range of driving modes depending on road conditions.

As for the debut, Coronavirus has everything delayed but it’s believed Ford will unveil this model as well as the standard Bronco no later than June. 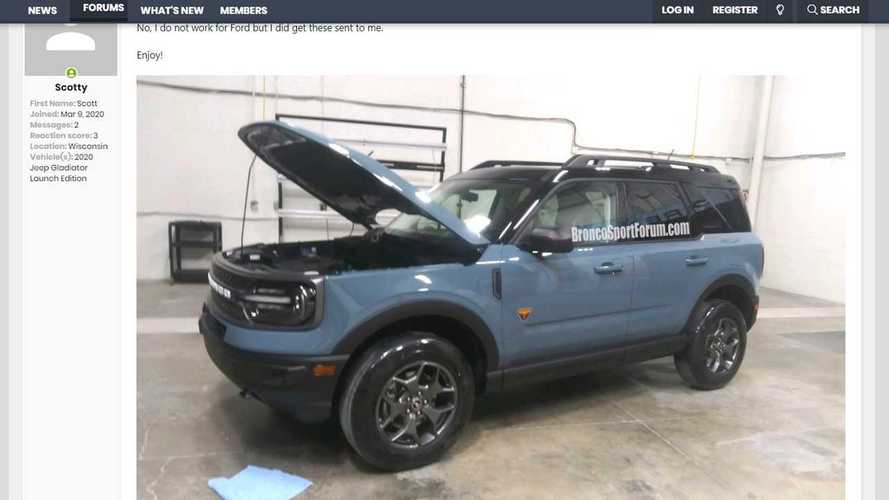