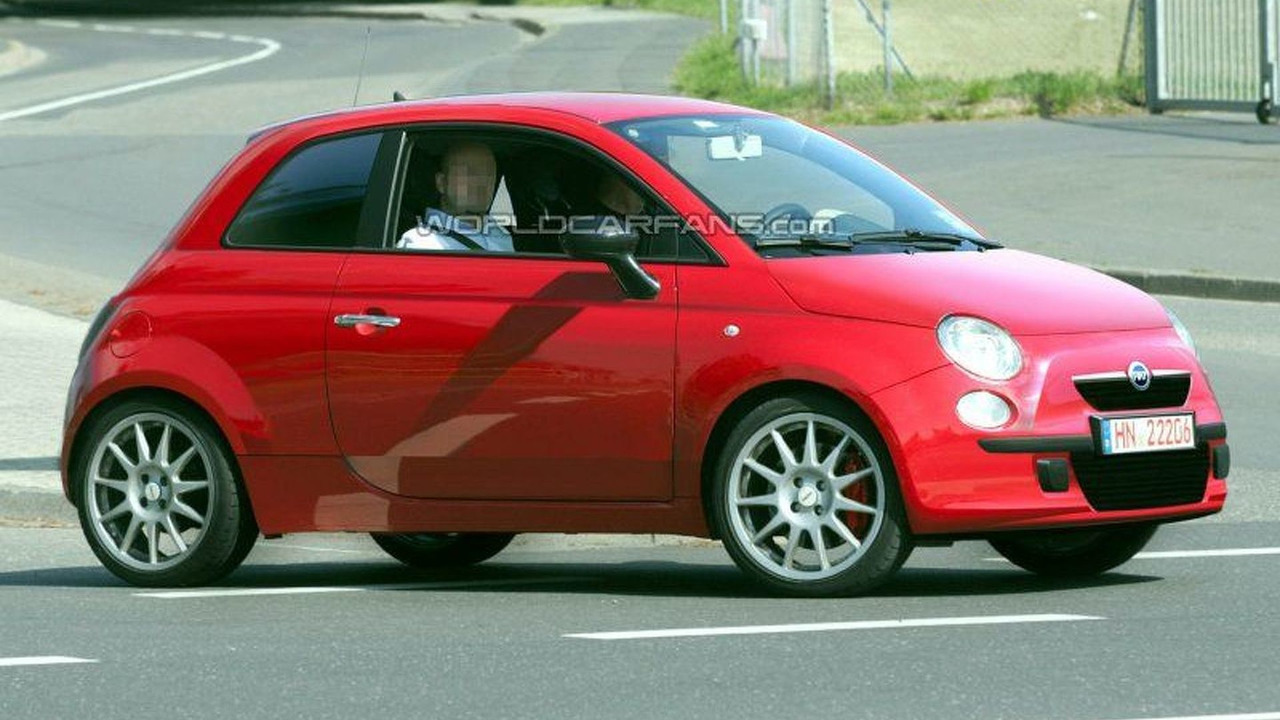 Fiat is preparing the all new 500 model due for launch this summer. Also interior pictures and video!

Fiat is preparing the all new 500 model due for launch this summer. Meanwhile, Fiat engineers are already testing another and hotter version of the small car, the sporty 500 Abarth, seen here in our latest photos from Nurburgring. The prototype is featuring various modifications such as bigger air intakes in the front and bigger wheels with low-profile tires. As for the engine, the sporty Abarth edition is expected to double the output of the standard fuel engine to 150 bhp. The Fiat 500 Abarth is expected to come on the market in spring 2008, and a convertible will follow in fall 2008. Various Italian designers, among others such as Bertone, are currently working on the design of the cabriolet. Most likely, it will come with a canvas top, and several concept cars are going to debut at the next Geneva Motor Show. According to rumours from Italy, Fiat is furthermore giving thoughts to a small wagon version to extend the 500 model range. Photos captions:

[UPDATE] We just spotted these latest close-up spy shots of the regular 500 model. AutoGespot.com's member, LOWrider, was on his way to work last Saturday afternoon when he spotted two taped-up 500's on a transport truck and stopped to take a few pictures. He returned later armed with a video camera and decided to ask the truck driver if he could climb on the truck to take some dashboard close-ups. "Wait, let me get the ladder. The car is open and the keys are in the ignition. I just knew someone would come someday for my cars." the truck driver replied! The following Monday morning, LOWrider managed to make a little movie clip which can be found on AutoGespot in addition to more close-up photos.