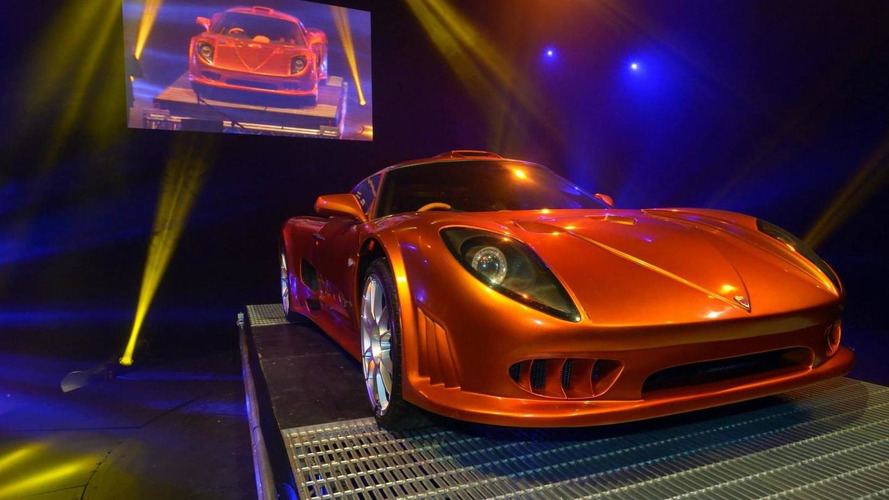 Keating Supercars has unveiled their new Bolt prototype in the United Kingdom. It will reportedly accelerate from 0-60 mph in two seconds.

Keating Supercars has unveiled their new Bolt prototype in the United Kingdom.

Designed to preview an upcoming production model, the prototype has a slightly generic design with traditional supercar styling cues.

Despite this, the production model is slated to have a carbon/Kevlar body and an aluminum space frame. This will reportedly enable the Bolt to have a curb weight of 990-1200 kg (2182-2645 lbs).

Motivation will be provided by a GM-sourced 7.0-liter LS7 V8 engine that produces approximately 640 bhp (477 kW). The company also says there will be an 800 bhp (596 kW) variant that will accelerate from 0-60 mph in an unbelievable two seconds. Should that fail to impress you, Keating plans to set a world speed record for a production car by using a twin-turbo variant that can exceed 340 mph (547 km/h).

Everything sounds rather remarkable, but Autocar's Lewis Kingston was quick to point out that the Bolt prototype was "finished to a very poor standard and even simple elements - like the paint job - haven't been attended to in any great detail." Among the defects he noticed was a poorly fitting body, "shoddy" weather sealing and a mirror that actually fell off. He also noted that the specifications seemed to change depending on who he asked.