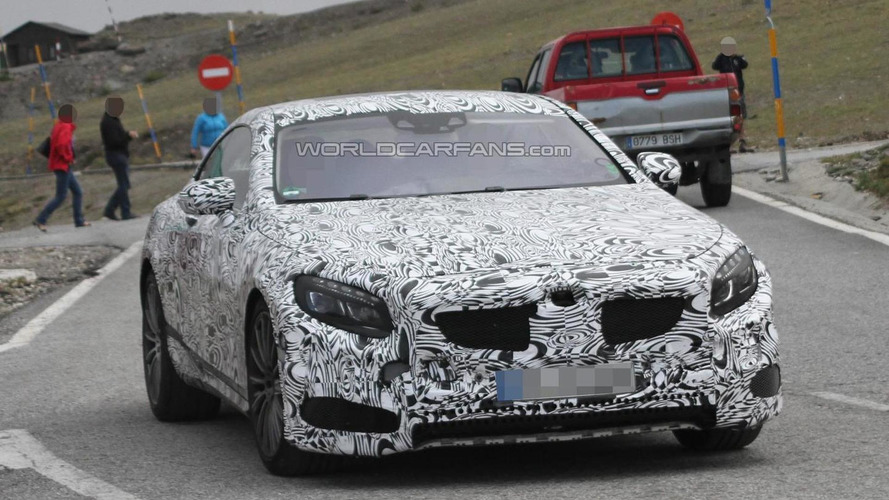 The 2014 Mercedes-Benz S-Class Coupe has been spied for the first time in AMG guise.

The 2014 Mercedes-Benz S-Class Coupe has been spied for the first time in AMG guise.

Earlier this month during Frankfurt Motor Show, Mercedes-Benz introduced the S-Class Coupe Concept which serves as a preview for next year's production model. Also in 2014 we will probably get to see the more powerful AMG version which has been grabbed on camera by our spy photographers, following several sets of pics with the regular S-Class Coupe.

Wearing a considerable amount of camouflage, the S63 AMG Coupe will receive the usual AMG treatment such as a more aggressive body kit, sporty brakes, quad exhaust setup and a lower front bumper with revised air intakes. Power is expected to come from the same 585 bhp (436 kW) twin-turbo V8 5.5-liter found in the S63 AMG which will be coupled to a 7-speed SPEEDSHIFT MCT sports transmission.

We do know there will be an S65 AMG version of the sedan, but it's unclear whether the coupe will receive a similar version.