Lotus Announces Its Last Car With A Combustion Engine 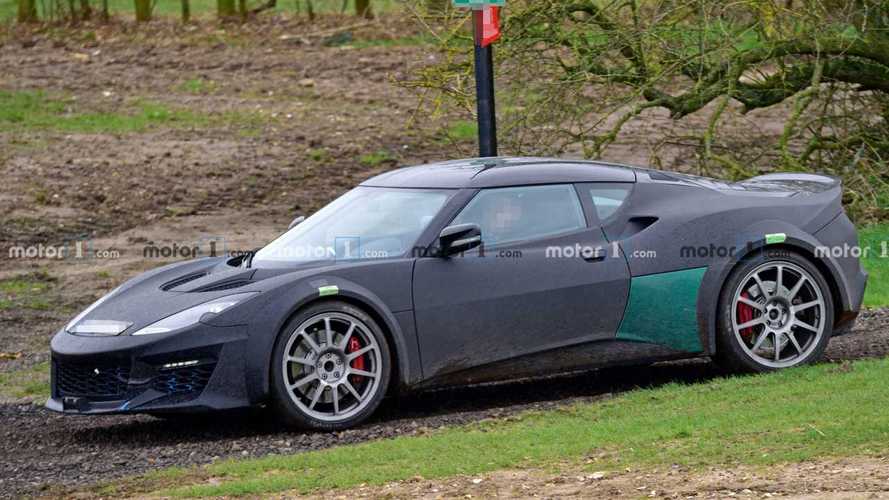 Lotus has an entry-level model under development for a debut in late 2020 or early 2021, and company CEO Phil Popham says it's the company's last combustion-powered model, according to an interview with Automotive News Europe. The automaker projects prices to from £55,000 to £100,000 ($61,600 to $123,000) at current exchange rates.

"Our focus now is on sports cars, but we do think the brand has the potential to move into other segments. And Geely has expertise in areas such as electrification and autonomous driving," Popham told Automotive News Europe.

He didn't offer many specifics about the new model. The styling reportedly takes cues from the upcoming Evija electric hypercar, and the designers are making sure that the cabin is large enough that the vehicle could function as a daily driver.

Lotus Could Tweak Cars From Other Companies

Spy shots (see gallery above) from March 2020 might have provided a glimpse of Lotus developing this new vehicle. At the time, we thought it was the successor to the Esprit. The model used a modified Evora as the basis for the test mule. Rumors suggest that the model uses a Toyota-sourced 3.5-liter V6 hybrid making around 500 horsepower (373 kilowatts).

For comparison, the least expensive Lotus currently available in the United Kingdom is the Elise Sport 220 for £41,665. The least expensive Exige is the Sport 350 for £62,285. If the automaker can get this new model to start at £55,000, then the entry price would put it right between current products.

At the other end of the cost spectrum, the Evija EV supercar goes for €1.5 million to €2 million. It offers a total of 1,973 horsepower (1,471 kilowatts) from four electric motors. Lotus predicts the sprint to 62 miles per hour (100 kilometers per hour) takes less than 3 seconds and a top speed in excess of 200 mph (340 kph). The company is making just 130 of them.