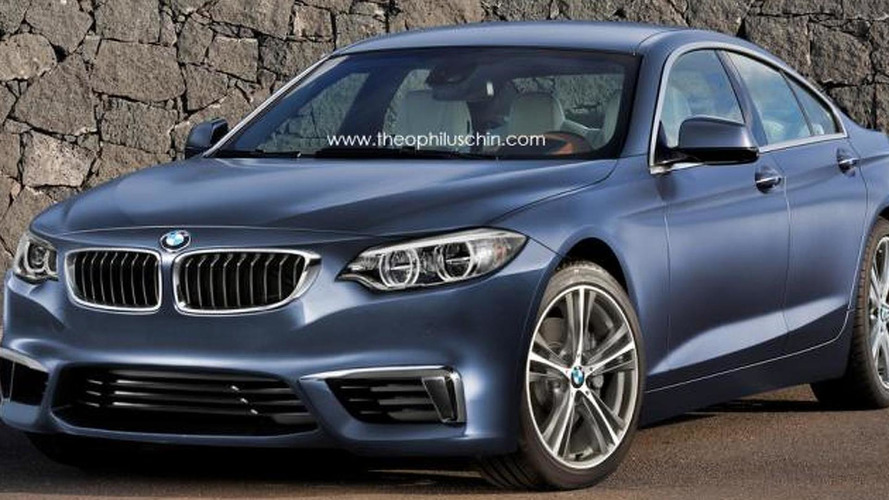 BMW will inaugurate the 2-Series lineup next year when the coupe will go on sale, following a possible reveal before the end of 2013. It will be followed by the soft top convertible several months later, while 2015 will see the introduction of the 2-Series Gran Coupe. As you would imagine, the four-door coupe will be aimed at the Mercedes-Benz CLA and Audi A3 Sedan.

It will be slightly longer than the 2-Series Coupe and should offer more room for rear passengers. Technically it will be identical to the regular version so it will come as standard with a rear-wheel drive layout combined with a variety of 4-cylinder gasoline and diesel engines. There could also be an M235i Gran Coupe with a six-cylinder gasoline engine but this hasn't been confirmed at the moment of writing.