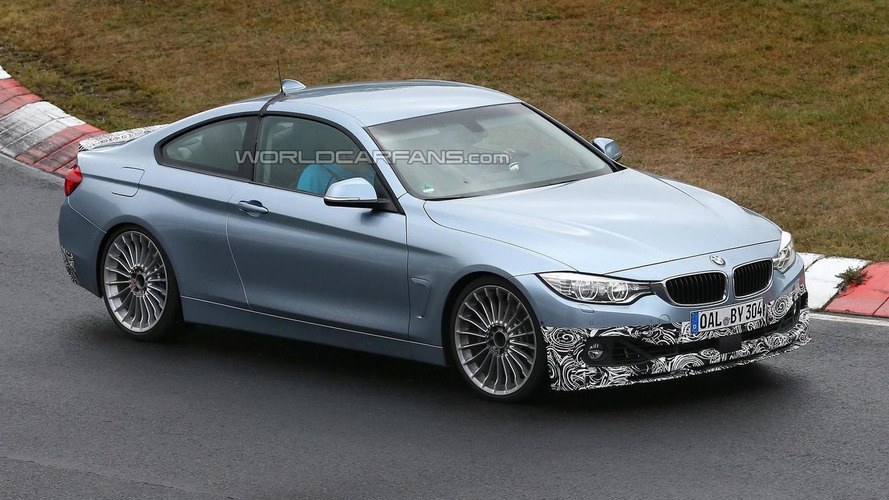 The Alpina-prepared BMW 4-Series Coupe has been spied testing ahead of next year’s official reveal.

The Alpina-prepared BMW 4-Series Coupe has been spied testing ahead of next year's official reveal.

Just like in previous spy shots, the car is wearing the body of the regular 4-Series Coupe but with the traditional Alpina multi-spoke alloys, blue brake calipers and a quad exhaust system. We assume power will be provided by the same engine which drives the B3, a twin-turbo straight-six 3.0-liter gasoline mill delivering 410 HP (301 kW) and 598 Nm (442 lb-ft) of torque.

The 2014 Alpina B4 Coupe will reportedly be unveiled next March at the 2014 Geneva Motor Show. Chances are it will be offered with an all-wheel drive arrangement and should be able to hit a top speed of more than 186 mph (300 km/h).