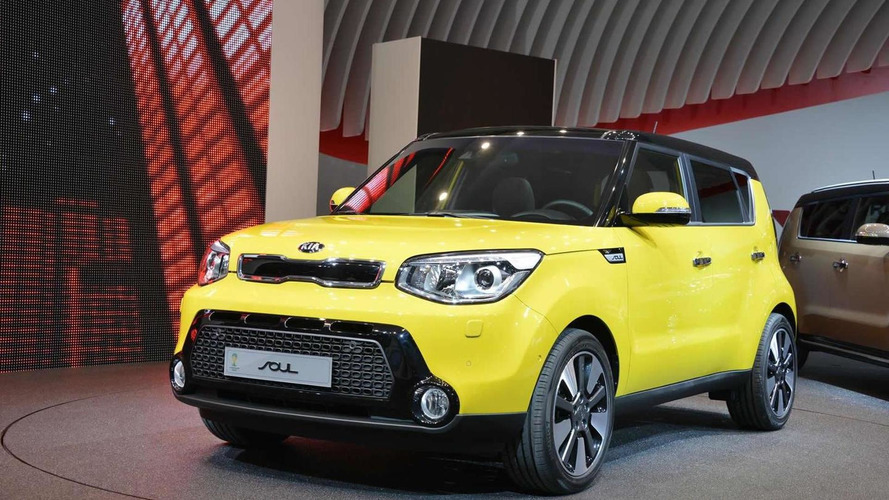 Kia is exhibiting the 2014 Soul in European-spec guise at the Frankfurt Motor Show in Germany.

Kia is exhibiting the 2014 Soul in European-spec guise at the Frankfurt Motor Show in Germany.

The second-gen Soul was shown for the first time in U.S.-spec configuration at the New York Auto Show and now time has come for Kia to show its European sibling which carries more than 95 percent of the design. The only noticeable changes are in the headlights, fog light surrounds and front bumper's lower area.

It's based on the second-gen cee'd hatchback and will be powered by 1.6-liter GDi gasoline and CRDi diesel engines which will make team with six-speed manual or automatic transmissions. Kia says torsional rigidity is up by 29 percent compared to its predecessor and overall length has increased by 20mm to 4140mm. The wheelbase has been stretched by 20mm at 2570mm which has improved front legroom by 20mm and rear legroom by 5mm.

The second generation of the Kia Soul is scheduled to go on sale in Europe next year when it will be available with eleven exterior paint schemes, three different colors for the roof and eight alloy styles in sizes varying from 16 to 18 inches.

Further details can be attached in the attached press release.