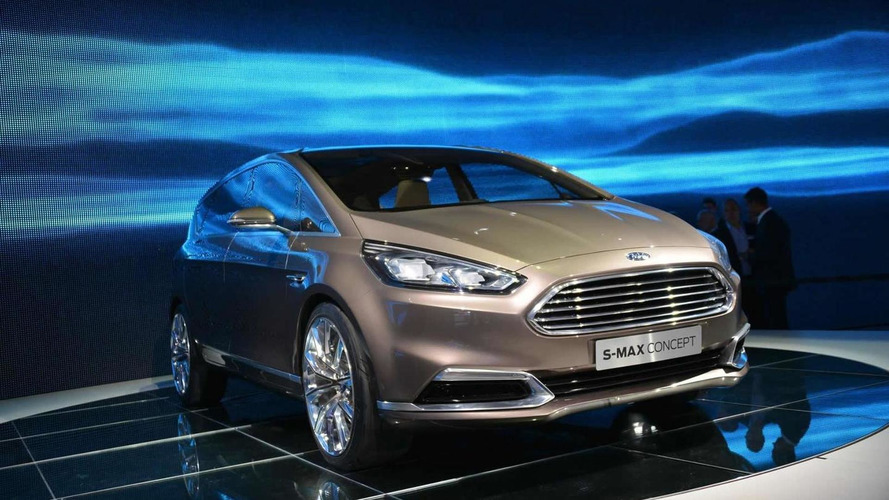 Ford is previewing the second-gen S-MAX with an attractive concept at this year's Frankfurt Motor Show in Germany.

Ford is previewing the second-gen S-MAX with an attractive concept at this year's Frankfurt Motor Show in Germany.

MPVs by definition aren't the most attractive cars out there but Ford is trying to change that with the very appealing S-MAX concept serving as a preview for the second-gen people-carrier. Featuring sweptback LED headlights, the concept comes with a high-mounted Aston Martin-inspired front grille and a raked front windscreen. We also notice several metallic accents, a curved roof line and muscular fenders.

The cabin is suitable for four- to seven-seat configurations and features a high-positioned instrument panel covered in "ultra-soft" leather wrap, as well as an imitation of carbon fiber on the seats. On-board safety technologies include Intelligent Protection System which can detect pedestrians and automatically apply the brakes in case of an imminent collision, along with Dual-View Display allowing the driver to receive relevant info while the front passenger can watch something else from the same center console.

Chances are the second generation of the S-MAX will come out in 2014.