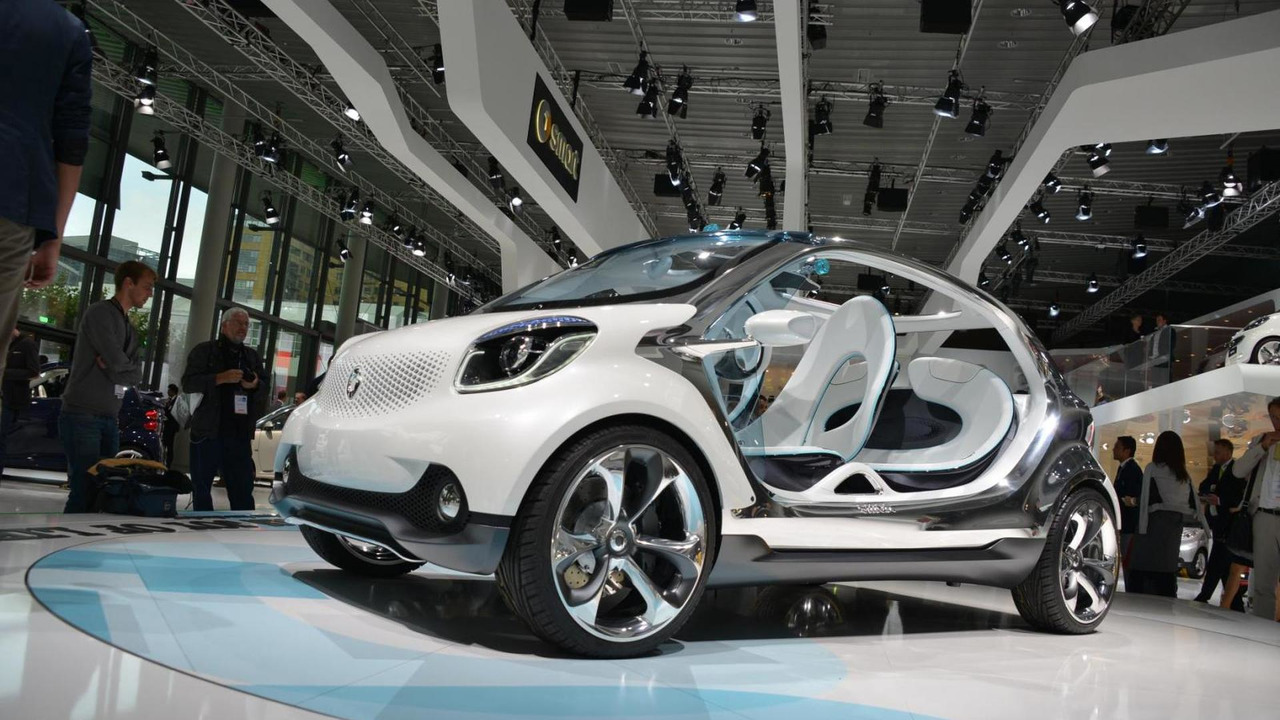 The Frankfurt Motor Show continues as Smart has taken the wraps off their new FourJoy concept.

The Frankfurt Motor Show continues as Smart has taken the wraps off their new FourJoy concept.

Designed to embody "pure carefree" fun, the FourJoy is an open air concept that previews the next-generation ForTwo and ForFour.

Looking instantly recognizable, the model echoes previous concepts and has a familiar front fascia with a honeycomb grille and LED-infused headlights. More notably, there's a polished aluminum tridion safety cell that contrasts with the pearlescent white paint on the bumpers, bonnet and tailgate.

While the production ForFour will be a far cry from the concept, Smart CEO Dr Annette Winkler hinted "The exterior proportions already reveal a lot about the appearance of our four-seater production smart that will be launched at the end of 2014."

Motivation is provided by a 75 HP (55 kW) electric motor that is powered by a 17.6 kWh lithium-ion battery. Performance specifications were not released but Smart says the model is "agile and lively to drive" and can be fully recharged in approximately seven hours using a household outlet.