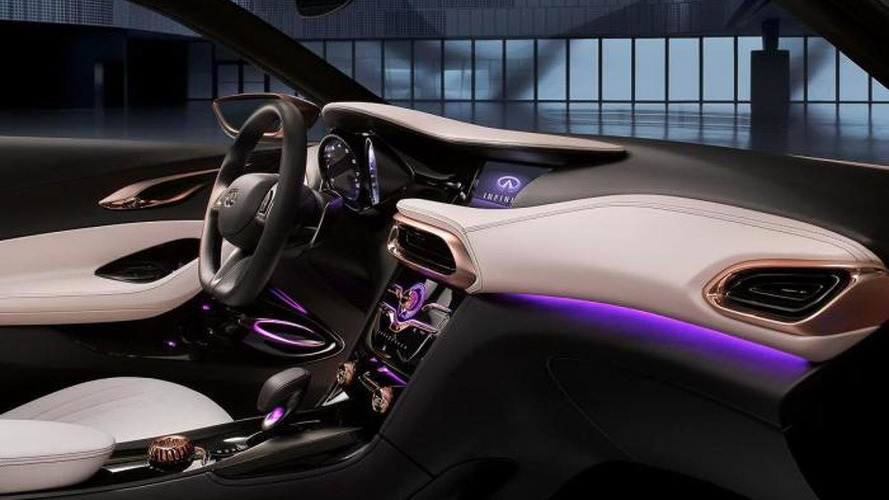 Infiniti has unveiled at IAA in Frankfurt today the Q30 concept which gives us a first glimpse at the company's upcoming compact model.

Infiniti has unveiled at IAA in Frankfurt today the Q30 concept which gives us a first glimpse at the company's upcoming compact model.

Targeting the younger crowd, Infiniti says the Q30 concept defies categorization since it's not a coupe, hatchback or a crossover. It's actually a mixture of the three as it combines the looks of a coupe with the roominess of a hatchback and the higher stance of a crossover. The production model will be Infiniti's first product since Sebastian Vettel was appointed as Director of Performance.

From a design point of view, the Q30 appears to be a blend of various design cues taken from previous Infiniti concepts such as the Essence, Etherea and Emerg-e, but also from the production-ready Q50 which made its debut earlier this year. Sitting on 20-inch alloys, the concept features real carbon fiber in the front grille and lower sill on the sides as a reference to the RB9 Red Bull Formula 1 car.

Infiniti has announced the production version is programmed to go on sale sometime in 2015 and will be built at Nissan's factory in Sunderland, UK.

More details are available in the press release area.