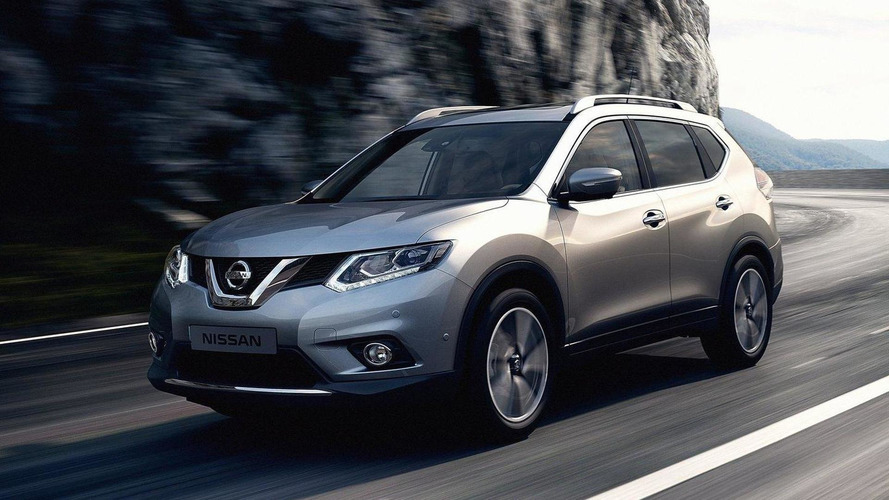 The all-new Nissan X-Trail/Rogue has made its world debut today at the 2013 Frankfurt Motor Show.

The all-new Nissan X-Trail/Rogue has made its world debut today at the 2013 Frankfurt Motor Show.

It has lost some of the familiar rugged looks as these were replaced by a more premium styling with sculptured muscular lines, "boomerang" taillights and modern 19-inch alloys. Nissan mentions upper-spec models will get full LED headlights with daytime running lights once the car goes on sale in the first quarter of next year.

The interior cabin is a blend of chrome, metal and piano black finishes with a "theater-style" seating arrangement and the possibility of ordering two extra seats for a seven-seat layout. Lower-spec models come with a cloth fabric but more expensive versions feature full leather upholstery with contrasting stitching.

The 2014 X-Trail's rear doors open to almost 80 degrees which enables an easy access inside the cabin, and those sitting on the middle row seat now benefit from additional knee room thanks to the elongated wheelbase. The third row of seats can be folded forward to boost cargo capacity, whereas the middle row can recline and slide.

It has received the latest generation of Nissan's ALL MODE 4x4i system controllable by using a rotary switch installed on the center console. The driver gets to choose between 2WD, Auto mode or Lock which offers permanent four-wheel drive. The 2014 X-Trail also boasts Active Ride Control capable of monitoring the road up ahead to spot undulations and will modify the damping to compensate. Active Engine Brake is also fitted and can increase engine braking during cornering or when decelerating to a standstill.

Details about the engine lineup will be disclosed closer to the car's market launch.