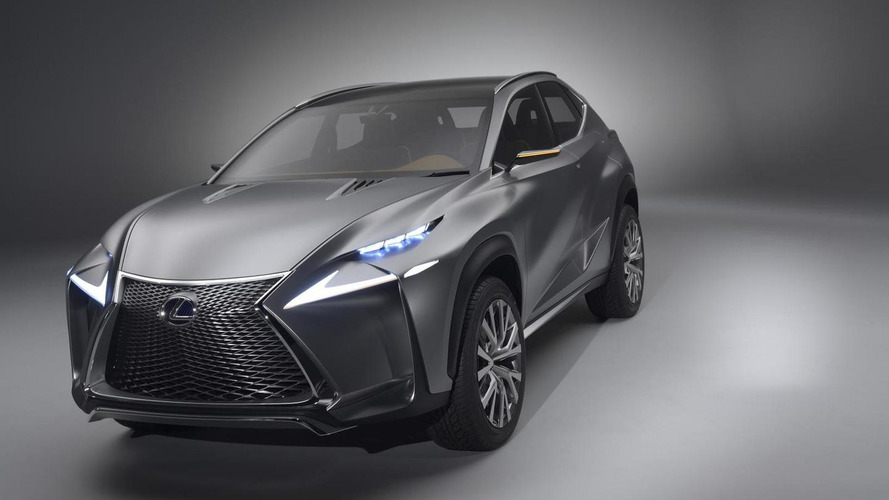 Lexus has staged the global debut of the LF-NX concept at the Frankfurt Motor Show. It previews a possible production model.

Lexus has staged the global debut of the LF-NX concept at the Frankfurt Motor Show.

Designed to preview a "potential" mid-size crossover, the LF-NX is described as an "urban-centric" concept that provides a glimpse of the future evolution of the Lexus L-Finesse design language.

While the styling won't win everyone over, the model has a bold design with angular lines and complex surfaces. Dressed in Brushed Metal Silver, the LF-NX sports an aggressive front fascia with a massive spindle grille that is flanked by diamond-shaped LED headlights. Moving further back, we can see bulging fenders, a stylish greenhouse and a sloping roofline.

Detailed performance specifications were not released but Lexus confirmed the model has a 2.5-liter four-cylinder Atkinson-cycle petrol engine and a "powerful" electric motor. That's pretty vague but Lexus says the concept has "outstanding" fuel economy and class-leading CO2 emissions. The company also said the model's performance is on par with conventionally-powered rivals.