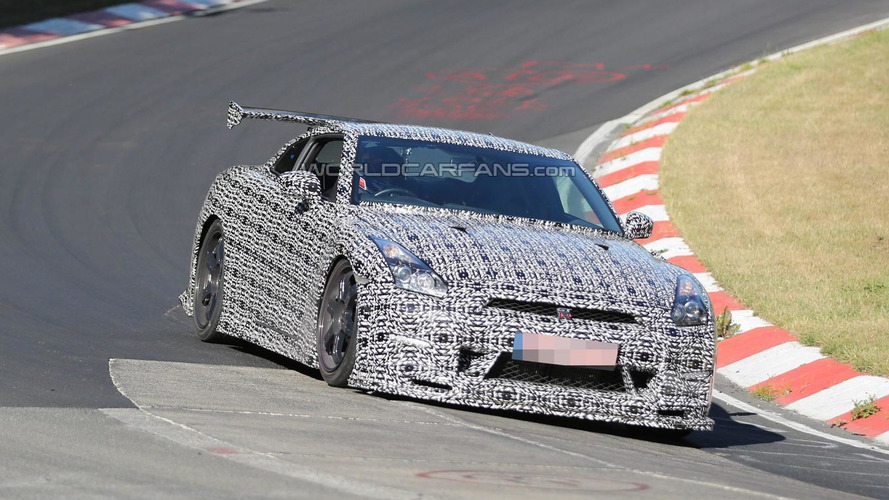 A prototype of the Nissan GT-R Nismo featuring a large rear wing was spied recently on the Nürburgring in Germany.

A prototype of the Nissan GT-R Nismo featuring a large rear wing was spied recently on the Nürburgring in Germany.

Last week we published several spy photos with the hotter GT-R but all cars had a normal-sized rear wing. Our sources have informed us Nissan changed the rear wing for two of their prototypes and decided to conduct some further testing on the 'Ring. This means Nissan and Nismo are in that part of the development process where they are testing various aerodynamic components.

One of the prototypes featuring the normal rear wing managed to lap the Nordschleife in 7 minutes and 28 seconds which isn't a great result but Nissan's objective is to set a time of less than 7 minutes and 18 seconds. Rumors are suggesting the car will do 0-62 mph (0-100 km/h) in a mind-blowing 2 seconds thanks to a slightly lower curb weight and at least 570 bhp (425 kW) coming from an updated twin-turbo V6 3.8-liter mill.

Chances are the Nissan GT-R Nismo will be shown at the Tokyo Motor Show in November before going on sale sometime in 2014.