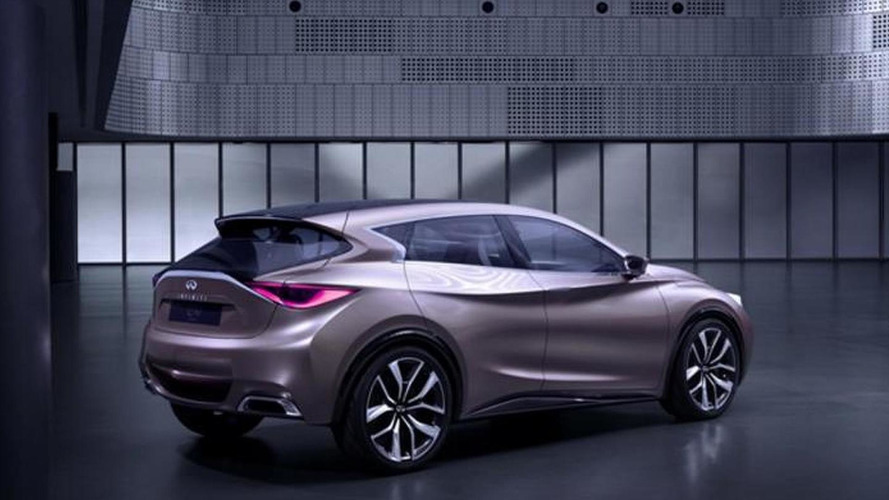 Infiniti has released additional photos with the Q30 concept which will make its debut tomorrow at Frankfurt Motor Show.

Infiniti has released additional photos with the Q30 concept which will make its debut tomorrow at Frankfurt Motor Show.

Based on the MFA platform which underpins the A- and B-Class models, the high-riding hatchback was designed by the same people who were in charge of drawing the Juke and Qashqai. The company's head of design Alfonso Albaisa says the concept has "contours sculpted with fluidity" while its side profile has "artistry and ambition."

The Q30 concept is 4.46m long, 1.47m high and 1.85m tall and will get a production version sometime in 2015. It will be built at Nissan's factory in Sunderland, UK and will maintain 95 percent of the concept's exterior and interior styling. Infiniti believes the Q30 will become the company's second best-selling model, after the recently introduced Q50.

More details will be disclosed on Tuesday after the concept premieres at IAA in Germany.