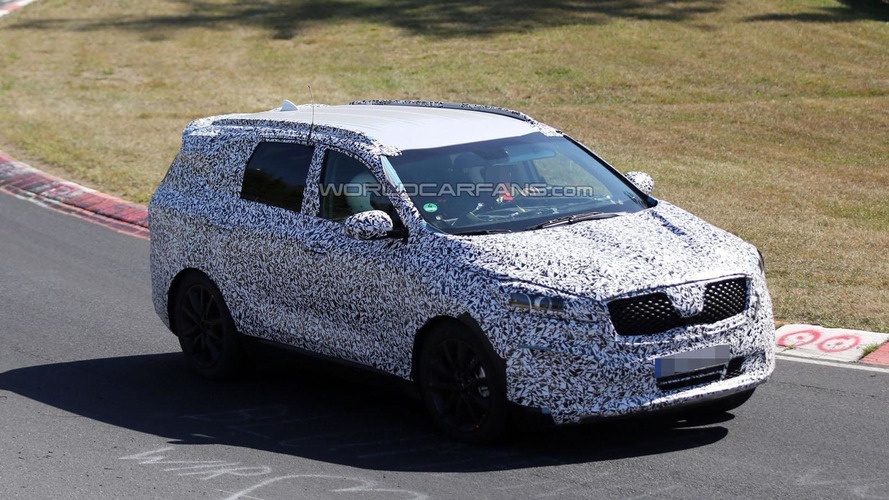 The 2015 Kia Borrego / Mohave has been spied undergoing testing on the Nürburgring. See the photos inside

The 2015 Kia Borrego / Mohave has been spied undergoing testing on the Nürburgring.

Caught heavily disguised, the redesigned model has a more upscale appearance with a prominent grille and stylish headlights that mimic the ones on the Forte and Cadenza. Moving further back we can see a sloping roofline, a tailgate-mounted spoiler and wraparound taillights.

Little else is known about the model but previous reports have indicated it could be offered with a 2.4-liter GDI four-cylinder and 3.3-liter GDI V6. There have also been rumors about a hybrid variant but nothing is official as of yet.

While the Borrego was dropped in the United States due to slow sales, rumors suggest the crossover will be given a second chance in the all important market.