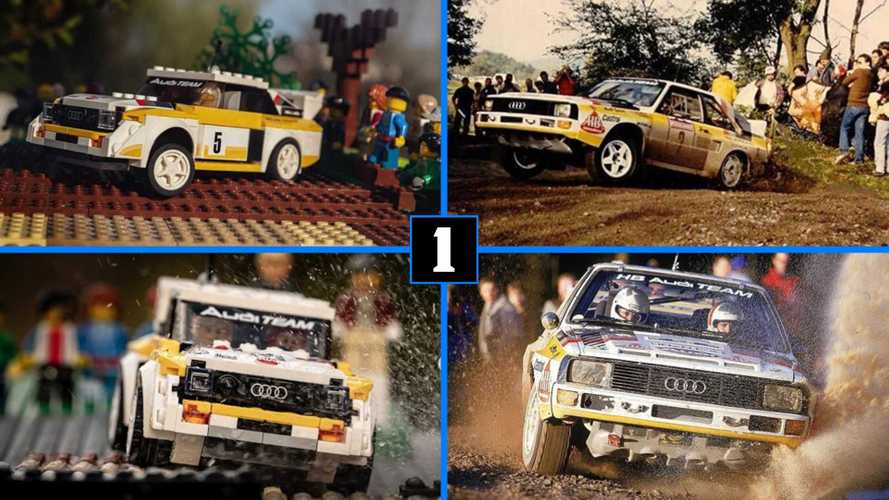 Relive some of Group B's best moments at home.

Introduced by FIA in 1982, the Group B served as a replacement for both Group 4 and Group 5 competitions, where modified and prototype cars raced in a rally championship regulated by the motorsport organization. The short-lived Group B has acquired legendary status among auto enthusiasts and is still regarded as one of the greatest racing series in history.

The Golden Age of Rallying gave birth to a number of insanely powerful, light, and fast cars that are still gathering hundreds of thousands of dollars during auctions and private sales. One of these never forgotten heroes is the Audi Quattro which had a number of evolutions through the years.

To honor the turbocharged monster from Ingolstadt - and the Group B years - photographer Dominic Fraser has decided to recreate some of the most memorable Group B rally scenes using his kid’s 1985 Audi Sport Quattro S1 Lego car set. Fraser, who is a contributing photographer for Evo Magazine, admits the Quattro is his favorite rally car.

“‘Why the Quattro’ is simple: it’s my favorite rally car of all time and no one has done it better before or since,” he commented to Evo. “I grew up with that car and for me that Audi is world rallying. There are so many iconic photographs of it in action that I’ve admired for decades, and still do, that I tried to think of a way to create a homage to them. I thought about using a die-cast model, but Lego was such an obvious choice because you could recreate the whole picture with buildings and people to scale. With maybe only a bit of artistic licence…”

His diorama photos look fantastic and you can check out all images of the series on his Instagram page. His next project? He’s currently building a tracking rig so he can film his Quattro in action. Who said staying at home has to be boring?