Lexus GS F spied yet again on the 'Ring 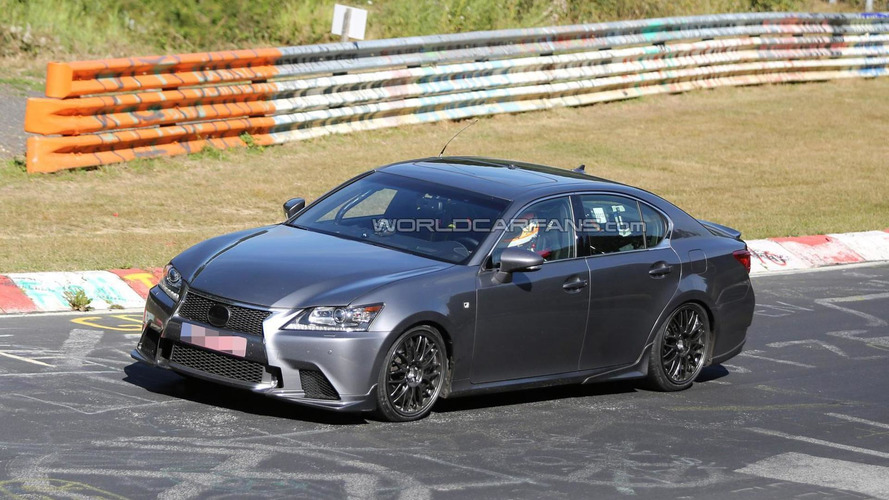 A prototype of the Lexus GS F has been caught testing on the Nürburgring in Germany once again by our spy photographers.

A prototype of the Lexus GS F has been caught testing on the Nürburgring in Germany once again by our spy photographers.

We are certain you won't mind yet another batch of spy photos with the Lexus GS F which is expected to be slightly lighter and considerably more powerful than the regular GS. Sporting a more aggressive wide body kit, the GS F will come with several carbon fiber parts, larger alloys and a quad exhaust setup. Also part of the package will be a sport-tuned suspension and high-performance brakes to match the additional power.

Speaking of power, under the hood the car will allegedly feature a V8 5.0-liter outputting somewhere in the region of 465 HP (342 kW). However, some reports are indicating this engine could be dropped since it doesn't meet the Euro 6 emission standards. We'll know for sure sometime next year when Lexus plans on revealing the GS F.