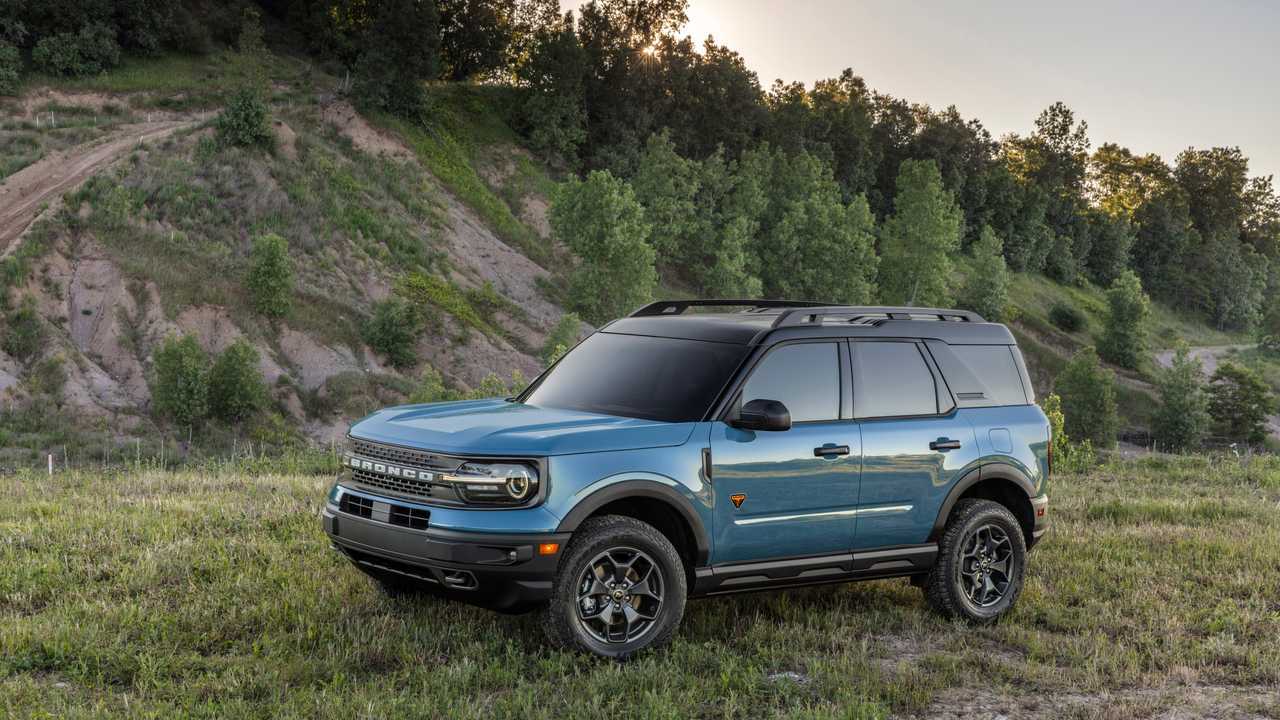 A compact, off-road crossover will join Ford’s corral later in 2020.

Check out our official coverage of the reveal of the 2021 Ford Bronco Sport.

The 2021 Bronco Sport is on its way, giving the company a small SUV that will do battle against the likes of the Jeep Compass and Renegade. Based on the same underpinnings as the Ford Escape, the Sport will take after the larger Bronco SUV, including boxier styling inside and out, some additional off-road chops, and a rugged image.

The 2021 Ford Bronco Sport is the company’s second off-road SUV, following the larger, body-on-frame Bronco. Unlike its bigger sibling, the Bronco Sport is based on a carlike unibody chassis, just like the Jeep Compass, Toyota RAV4, and aforementioned Escape. It will probably take the form of a four-door, closed-roof crossover, although a removable sunroof panel – a la Jeep Renegade – could be on the options list.

We knew from an early stage that the “baby Bronco” would be based on the same architecture as the Escape and Europe-only Focus. However, it eschews the rounded, soft shape of Ford’s other small crossover, instead taking design inspiration from the original Bronco of the 1960s, according to Ford. The company is also considering spinning the Bronco and Bronco Sport into their own off-road sub-brand, with two or three additional SUVs possible.

As seen in various leaks and spy images snapped over the past few years, the Bronco Sport bears an undeniably boxy profile, with round headlight elements, a simple grille, and a possible contrast-color roof hearkening back to the Ford SUVs of the 1960s and 1970s. A kinked beltline improves visibility out of the front and rear side windows, and it doesn’t appear that a single body panel is shared with the closely related and similarly sized Escape.

Inside, recent spy photos show that the Bronco Sport takes inspiration from the Explorer and F-150, bearing a bolder and more trucklike dash appearance than the sleek Escape. Metallic and contrast-color accents abound, recalling the Jeep Renegade.

What Engines Will It Get?

A leaked VIN guide suggests the 2021 Ford Bronco Sport will get a powertrain lineup borrowed from the Ford Escape. Base models will offer a 1.5-liter turbocharged three-cylinder powerplant, likely making 180 horsepower (134 kilowatts) and 177 pound-feet (240 newton-meters). Optional will be a 2.0-liter turbocharged inline-four with 250 hp (186 kW) and 275 lb-ft (373 Nm). Both engines come mated to an eight-speed automatic transmission, and fittingly, every Bronco Sport will come standard with all-wheel drive.

What Trim Levels Will There Be?

The Bronco Sport will eschew the S / SE / SEL / Titanium trim walk of other Ford SUVs. Instead, a national park theme will feature prominently on the off-roader’s resume. Alongside the unnamed base trim, there will also be the Big Bend, the Outer Banks, and the Badlands. The inaugural 2021 model year will also offer a First Edition (like the Mustang Mach-E), which should be based on the top-spec trim and feature almost every option box ticked. Colors have also been revealed via a leaked ordering guide: Alto Blue Metallic, Area 51, Cactus Gray, Carbonized Gray, Cyber Orange Metallic, Iconic Silver, Kodiak Brown, Oxford White, Rapid Red Metallic, and Shadow Black.

Pricing has yet to be revealed, but Ford has already said the Bronco Sport would be more expensive than the Escape. The base Escape S with all-wheel drive starts at $28,275 with destination, so we find it hard to believe a Bronco Sport will cost less than $29,000 – at least until Ford starts incentivizing sales. Fully loaded with a 2.0-liter engine and every option ticked, a Bronco Sport could be $40,000 or more. That’s a lot of coin when a similarly capable (and possibly larger) Cherokee Trailhawk costs $35,000 or so.

When Will It Go On Sale?

Initially, Ford planned on revealing the 2021 Bronco Sport in April 2020, but a coronavirus-related delay will likely push its debut to May or June. The Bronco Sport’s production timeline has also been delayed by two months, meaning it likely won’t arrive in dealers until very late this year or early next year.