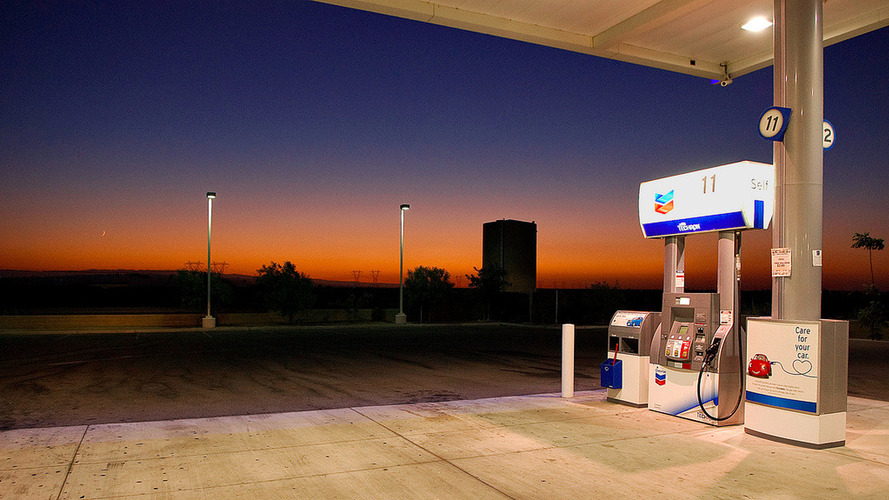 That’s right. Oil producers are paying buyers to take their crude reserves for May.

A serious dropoff in demand for fossil fuels has resulted in an unusual phenomenon – the U.S. price of crude oil that will be delivered next month went negative today, trading for less than $0.

As of press time, WTI oil futures for May were being sold for $–13.1, indicating that those with oil to sell were paying others to take it off their hands. According to the New York Times, the unusual oil price is the result of how values are set, and it’s not necessarily indicative of a truly worthless commodity. To wit, oil deliveries for June are priced at about $21 a barrel – still a 16 percent decline, according to the Times.

It's Not All Bad News:

Celebrities Are Giving Away Their Cars To Help Fight Coronavirus

The issue is that the nation is running out of places to store oil that’s being pumped out of the ground. Oil is currently being stockpiled on offshore barges and in remote portions of the nation. Oil producers have started renting additional facilities for the unused, newly pumped oil. Keen to dump their surplus before May futures contracts expire on Tuesday, oil producers slashed the price of oil and paying to have it removed, as the BBC explains.

Compounding the issue is infighting among U.S., OPEC, and Russian suppliers. Global oil companies agreed to reduce their output last month to allow supply to match newly reduced demand due to coronavirus fears. But the BBC quotes experts who say the deal didn’t go far enough and there’s still too much oil spilling into the market to be economically sustainable.

Unfortunately, the sudden decline in oil prices sent a ripple effect through the rest of the stock market. The S&P 500 fell about 1.8 percent on April 20, largely due to significant tumbles from oil companies and the travel sector.