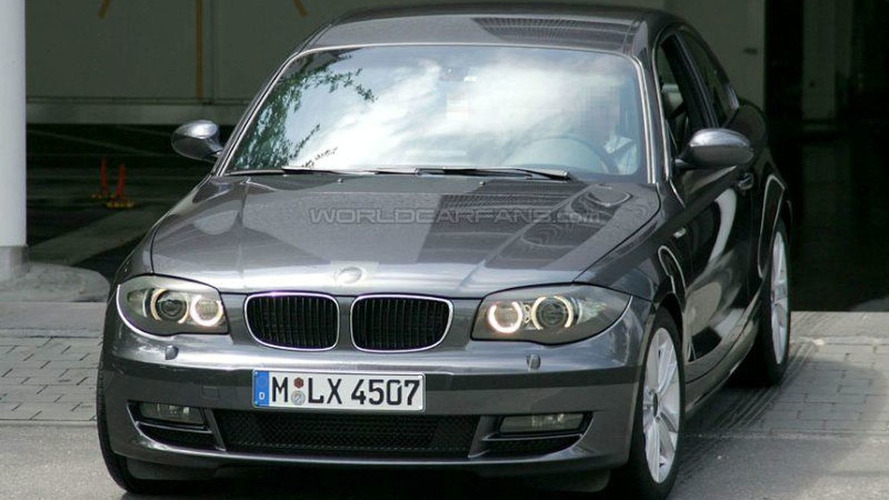 Finally, these shots show the new Coupe of the BMW 1-Series almost completely free of disguising.

Finally, these shots show the new Coupe of the BMW 1-Series almost completely free of disguising. Engine options for the stylish 1-series Coupe have yet to be confirmed, but BMW officials have said they do not plan to offer a four-cylinder engine in America – although we believe they will be available in European markets. But we are expecting a version of the magnesium/aluminium 3.0-liter six-cylinder that is currently found in the 130i, as well as the 3- and 5-series, Z4 Coupe and Roadster, and X3 and X5. There is also a strong possibility the 3.0-liter turbo-charged six from the 335i coupe and sedan could find its way into an M version of the 1-series Coupe. Among driving enthusiasts, there is strong sentiment that the 3-series Coupe has grown too large and luxurious to be a true sports coupe. Many of them long for a smaller, simpler car with the driving dynamics BMW has become known for. The 1-series Coupe could possibly deliver on that desire, all the while holding its head high as a true BMW