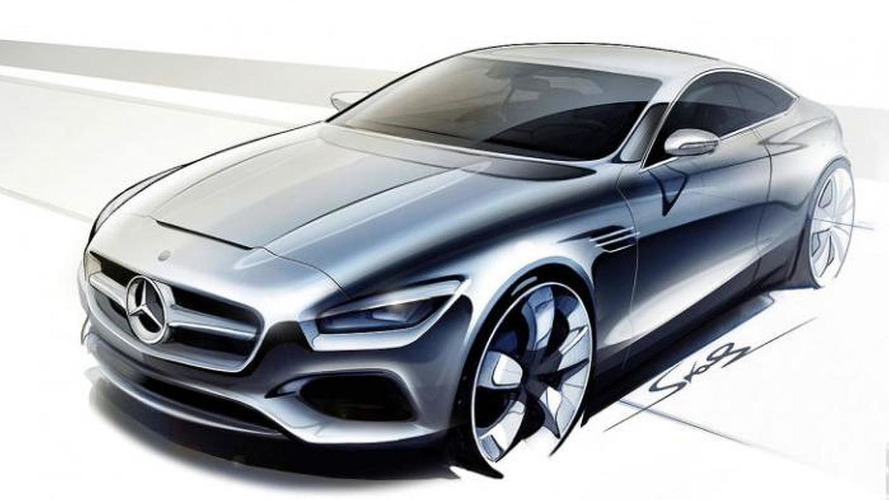 We could be looking at the design sketches of the forthcoming Mercedes-Benz S-Class Coupe concept.

[update] As we assumed, Mercedes-Benz has confirmed these design sketches depict the IAA-bound S-Class Coupe concept.

We could be looking at the design sketches of the forthcoming Mercedes-Benz S-Class Coupe concept.

Mercedes-Benz hasn't confirmed these sketches yet but it appears they are the real deal. If these photos turn out to be authentic, the S-Class Coupe will look very different than its four-door cousins thanks to a far more aggressive front fascia, a sloping roofline and slender taillights. The interior cabin seems to be carried over from the regular model, but with a new three-spoke steering wheel, sportier seats and different trim.

The 2+2 coupe will be shown in production form in January 2014 at NAIAS, following the concept's unveiling in just a few days at the Frankfurt Motor Show. The CL-Class replacement will allegedly reach dealerships next March and should be offered with the same engines as the regular model.