Rear-Drive 2023 Mazda6 Rendered, And We Like What We See

With a new platform and an inline-six, is the Mazda6 going BMW-hunting?

If recent reports are to be believed, the 2023 Mazda6 is moving to a rear-wheel-drive architecture, with an available, longitudinally placed inline-six powering the whole thing. We love the styling and proportions of the current 6, but as this rendering from Kolesa.ru shows, there’s always room for improvement. 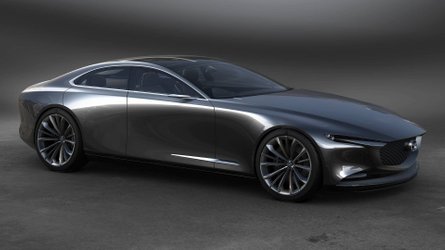 New Mazda6 To Get Rear-Wheel Drive And Inline-Six Engine? 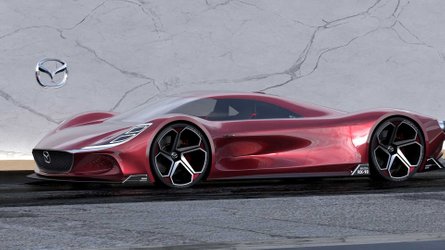 It’s clear that the artist who created this unofficial image used the current-generation midsize sedan as a starting point, with a greenhouse and doors seemingly ripped right from the Mazda6 brochure. However, the rendering boasts a much longer dash-to-axle ratio that clearly betrays the new 6’s traction arrière layout. The long hood is tailor-made for an inline-six, with enough room for a front-mid engine placement like the MX-5 sports car, improving handling and weight distribution.

Around the rear, again it looks much like the current midsize Mazda, but there are some key differences. The taller rear spoiler is integrated beautifully into the design, bookended by aggressive taillights that look somewhat like those of the aforementioned Miata and the MX-30 crossover. There’s perhaps a bit too much Hyundai Sonata in the concave trunk lid, but otherwise, this rendering of the 2023 Mazda6 shows a smartly styled sedan.

It’s not clear what powertrain options Mazda will give us when the new 6 arrives in a couple years. Our money is on a more sophisticated, updated version of the Skyactiv-G 2.5-liter inline-four, paired to an eight-speed automatic transmission. A turbocharged version of that engine, which is currently available in the 2020 Mazda6, should also come along for the ride. And then of course there’s that pesky inline-six rumor, which we think could integrate Skyactiv-X compression-ignition technology. We’d be surprised if Mazda made a manual transmission available in the U.S. for the sedan, but then again, the company does have a purist-driver streak occasionally. All-wheel drive will likely be an option, and the company’s rumored rotary / hybrid capacitor powertrain could also make an appearance.

If there’s one area the company needs to make great improvements, it’s in-cabin tech. Although Mazda’s interior styling is among the best in the business, its infotainment systems are almost universally loathed among Motor1.com staff. But with as much time and energy – and money, let’s be honest – as the company is investing in new platforms and powertrains, we’d expect a commensurate effort made on ergonomics as well.

The 2023 Mazda6 is expected by the end of 2022. Fingers crossed it looks something like this.