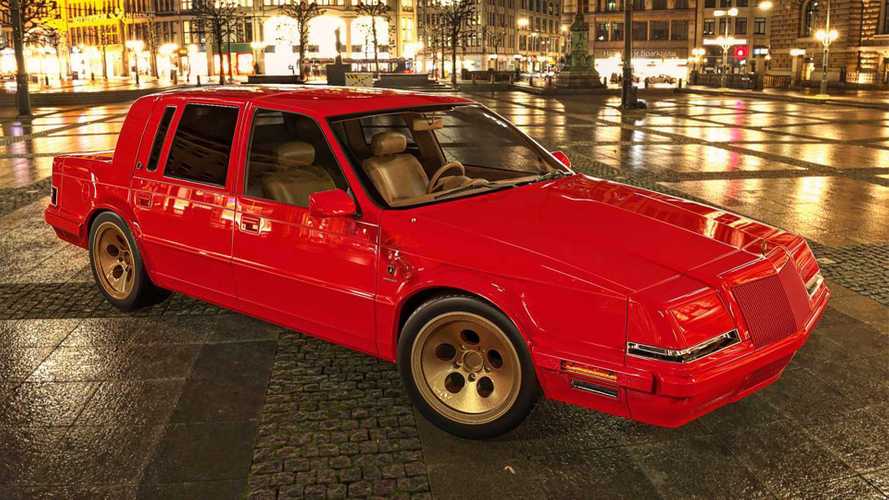 The Chrysler TC by Maserati has some competition.

Chrysler closed out the 1980s with a questionable, short-lived, and quite unsuccessful partnership with Maserati. The Chrysler TC by Maserati sold a pinch more than 7,000 examples and was quickly swept into the dustbin of automotive history in just a few years. It was a strange time with strange partnerships, so it’s not too much of a stretch to imagine Chrysler using Lamborghini, which the Detroit automaker bought in 1987, to add some pizzazz to its mainstream American models. Thankfully, we have new renderings from Abimelec Design that imagines just that reality, and it’s as quirky, weird, and uncomfortable as the TC.

The Dodge Daytona doesn’t look as outrageous. The added fender flares are a nice touch, and the white paint doesn’t hurt the eyes as the red Imperial does. Many Lamborghini-like additions are at the rear where there are a massive rear wing and quad exhaust tips poking out from underneath the rear bumper. There are Lamborghini badges on the front fenders and some more branding on the rear, but it all feels subtle. The sporty off-white wheels are a nice addition.

Chrysler never capitalized – cashed-in? – on its Lamborghini ownership, failing to tie the two brands together as it did with Maserati. Chrysler owned Lamborghini until 1994 when it sold the Italian automaker to another company. We never got a Lamborghini-badged Imperial or Daytona, though it is interesting to imagine what that’d be like if it did happen.