It's off-road-ready with a pop-up roof and all the amenities of home in the back.

We’ve seen a few Mercedes-Benz G-Class camper conversions over the years. It certainly makes a great platform for an overlanding expedition vehicle, though there’s not much room in the G-Class for on-board camping accommodations. We’ve also seen various overland builds from Australia-based EarthCruiser, including an epic Mercedes Unimog with all kinds of amenities to accompany its off-road prowess. You probably see where this is going.

EarthCruiser’s take on an overlanding G-Class is called the G-Pro Escape. This project was actually undertaken in 2018 and shown last year, but Expedition Portal reminded us just how impressive this compact off-roading camper really is. EarthCruiser addresses the issue of interior room by adding a pop-up roof for its living space. As such, it has all the amenities you’d find in a larger camper including a full bathroom with a shower, complete kitchen with a built-in diesel-powered stove, and refrigerator/freezer combo, and a sink with hot and cold water. 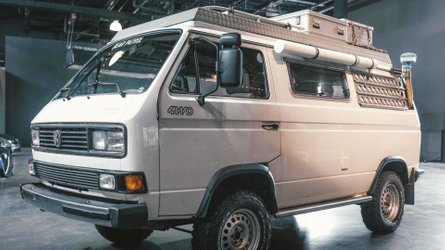 VW Vanagon Syncro Overlander Could Be Your Escape From Isolation 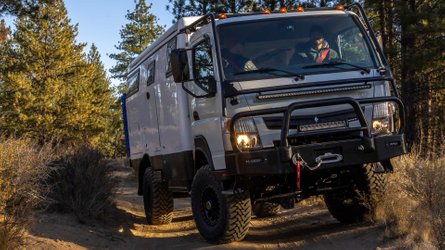 The rear forms the living and sleeping area, equipped with a stowable table and a leather-lined sofa that folds down to form a double bed. The pop-top allows for adequate headroom throughout, with vinyl windows creating an open atmosphere. In perhaps the most brilliant design move, climate controls are located at the rear next to the sofa/bed so they can be adjusted in the middle of the night when you really don’t want to get out from under the covers.

Electrical power is provided by lithium-ion batteries that charge through 540 watts of solar power or the Merc’s 120-amp alternator while driving. It carries two tanks for diesel and water, each capable of holding 66 gallons. Of course, the diesel powers the stove as well as the engine, which in this application is a Mercedes V6 diesel generating 180 horsepower (135 kilowatts) and a mountain of torque. It’s not designed for speed, but with upgraded suspension and 13,500-pound winches front and rear, it should be able to go just about anywhere you want. 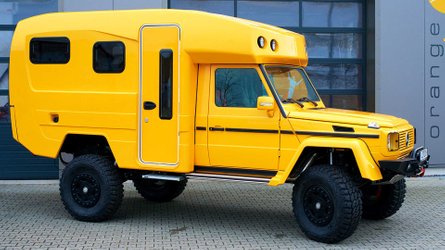 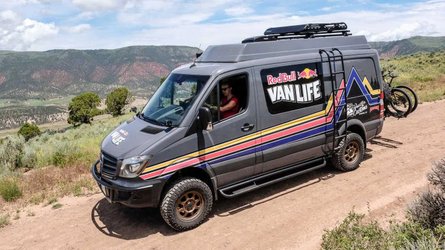 It’s an older model, but EarthCruiser is reportedly looking into building an updated version using the current G-Class. The bad news for U.S. adventurers is that this is an Australia-only offering, but the company does have a location in Oregon that builds overlanding machines based on a range of Ford and Ram heavy-duty trucks.