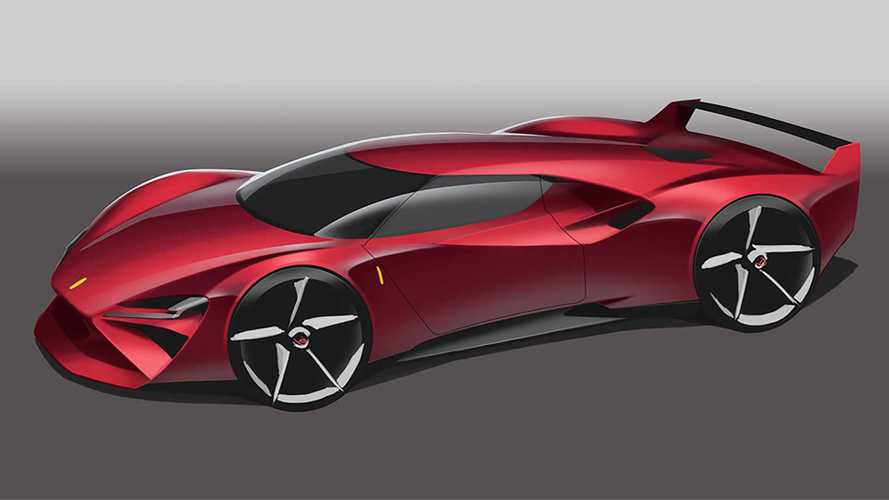 Few cars are as iconic as the Ferrari F40. First introduced in 1987, it was, at the time, the pinnacle of Ferrari's performance ability. It was the most expensive Ferrari model to date while also being the company's most powerful and fastest cars ever. Since not only has the automaker paid homage to the special model, but it has continuously been reimagined for today. The latest renderings of a modern-day equivalent come from Naoto Kobayashi on Behance.net, who has several renderings of his interpretation of what a modern F40 should look like.

The renderings show a sleek supercar with long front and rear ends, just like on the original car. However, the renderings give the car a stylish, modern appearance. The front is much more sculptured for improved aerodynamics, and the sides are curvier, likely improving airflow to the intakes located behind the doors. The modern-day F40 retains the original's fender-spanning spoiler.

The Ferrari F40 Is Still An Icon:

The new design loses the iconic engine cover louvers, though it does pay homage to the original's flat, upright rear-end design. Round taillights return, though they're both red as opposed to orange and red. It gives the rear a more cohesive appearance. Missing are any tailpipes, though these are just renderings. Maybe it's all-electric?

The design also has hints of the Ford GT in the F40's greenhouse. The wraparound windshield and flying buttresses of the GT are similar in style to how the roof extends over the F40's air intakes and blends into the rear fenders. That's where the similarities end, though.

While Ferrari has moved past the F40, the company knows when to pay homage to one of its greats. In 2018, Ferrari revealed the one-off SP38. It wore metallic red paint and even featured a rear spoiler similar in design to the F40's, though much shorter in scale. For now, the F40 will be left as it is, serving as inspiration for Ferrari as the company charges ahead.