Lister Motor Company made a name for itself in the mid-20th century for its involvement in motorsports. Ownership has changed a few times since its founding in 1954, and it’s currently in the business of tuning Jaguars and producing Lister continuation cars that celebrate the company’s motoring history. Nearly two years ago, Lister announced the LFP, a tuned Jaguar F-Pace, and today the company is teasing it as the Lister Stealth, announcing it as “the world’s fastest SUV.”

The teaser also lets us hear the snarling, supercharged 5.0-liter V8 for the first time, and it sounds ready to rip your face off – and you’d like it. We don’t know what Lister did to the Jaguar’s powertrain, though we do know it’ll make 675 horsepower (503 kilowatts). Lister is limiting production to just 250 examples, each of which is said to be capable of hitting 200 miles per hour (322 kilometers per hour), which will earn it the “World’s Fastest SUV” title. It’s a bold claim, but one that should be achievable with its claimed 3.5-second sprint to 60 miles per hour (96 kilometers per hour). 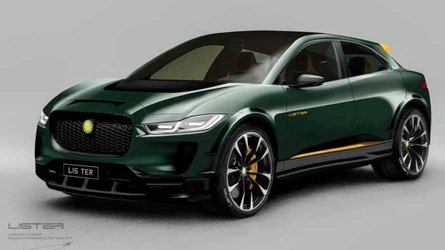 Jaguar I-Pace By Lister Is One Hot Electric SUV 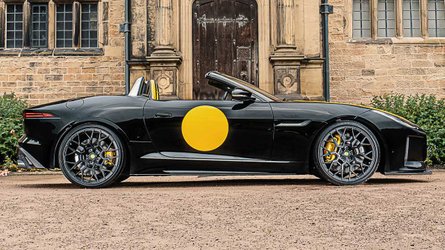 We don’t get to see much of the Lister Stealth in the teaser video, though we can spot the aggressive bodywork. We can see a new front fascia and an aggressive carbon-fiber rear diffuser that surrounds the quad exhaust tips. There’s plenty of Lister badging, too – we can see it on the seat headrests and door sills. There’s also the Lister badge in the grille, replacing the Jaguar, and on the wheel caps, too.

While Lister teased the high-performance Jaguar SUV nearly two years ago, it’s still not clear when it’ll arrive in the hands of customers. Company CEO Lawrence Whittaker told PistonHeads the company is waiting for the lockdown from the coronavirus to lift so the company can give the car a proper launch. Whittaker also told the publication the company made a few minor improvements to the Stealth since the SUV’s announcement.