Hyundai Kona N Could Have 275 HP, AWD, And Dual-Clutch Automatic

It could debut as soon as this summer.

Late last year, Hyundai announced its high-performance N brand would expand to include SUVs. Then, just a few months later in March, we got our first spy photos of the Hyundai Kona N, heavily camouflaged during some cold-weather testing. Rumors have suggested it’d be mechanically similar to the Veloster N and i30 N, meaning the Kona N would use the same turbocharged 2.0-liter engine. A new report from The Korean Car Blog supports those rumors, and more.

The report says the performance crossover could have up to 275 horsepower (205 kilowatts) on tap, which corroborates earlier reports that the Kona N could have up to 271 hp (202 kW). When it arrives, it will also be the first N model with all-wheel drive, according to the publication, putting power to all four wheels through an eight-speed dual-clutch automatic gearbox. A six-speed manual is also possible.

The Kona N Is Coming: 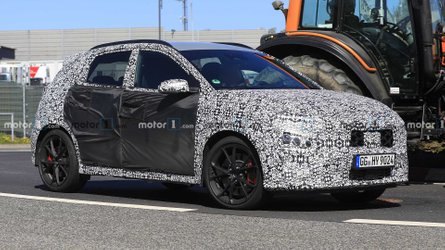 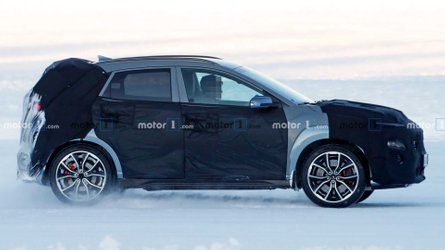 Visually, Hyundai will give the Kona N its own splash of personality. Hyundai will replace the black plastic along the bottom of the Kona with color-matching parts. The automaker will give it unique, 19-inch N-brand wheels, red brake calipers, unique mesh grille, skid plates, and two massive exhaust outlets. Spy photos also show the Kona N riding lower to the ground, which could mean the automaker upgraded its suspension.

We’ll likely see the Hyundai Kona N debut sometime this summer. The Korean Car Blog says that’ll be in July, though who knows what could happen as the coronavirus pandemic continues to spread. July is also the rumored month Kona N production could begin, too. The addition of the Kona N gives Hyundai a performance crossover that it brings to the U.S. at a time when consumers are still crazy for the high-riding vehicles. The Kona N will arrive alongside the refreshed Kona, both of which are set to arrive as models for 2021.