No manual for you, sorry.

The Cadillac CT4-V debuted almost a year ago as a performance version of the brand’s compact sedan, featuring a 2.7-liter turbocharged engine. Initially, it was announced the hot Caddy would be offered only with a 10-speed automatic but a few months later it was speculated it could also receive a six-speed manual. Now, a new report seems to confirm there won’t be a three-pedal variant of the CT4-V.

CaddilacSociety appears to be in the know that the sports sedan will remain auto-only. The publication quotes “sources close to the product plans” of Cadillac that a stick-shift gearbox won’t be offered for the turbocharged CT4-V.

As a friendly reminder, the four-cylinder engine generates 325 horsepower and 381 pound-feet of torque, which can be channeled to either the rear axle or all four wheels. RWD models get Cadillac’s Magnetic Ride Control 4.0 with a limited-slip differential, while AWD versions have ZF MVS passive dampers. Stopping power is provided by Brembo brakes with 12.6-inch rotors up front and Vehicle Control Mode with a customizable V-Mode to dial in your preferences.

Want A Manual? Wait For The CT4-V Blackwing:

If a manual performance compact sedan from Cadillac is what you are looking for, then you’ll have to wait until the CT4-V Blackwing reaches showrooms, most likely just before the year’s end or in early 2021. The recently announced CT4-V Blackwing and CT5-V Blackwing will be available in limited numbers with “specially tuned chassis, vehicle control technologies, and engines.” 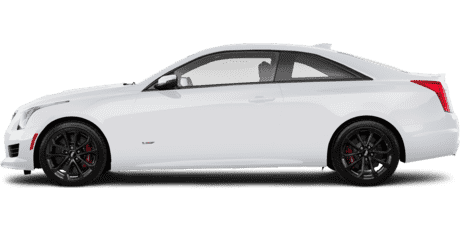 As far as the powertrain of the CT4’s flagship is concerned, nothing has been officially confirmed at this point but word on the street is it will get a twin-turbo 3.6-liter V6. Chances of seeing Cadillac’s twin-turbo 4.2-liter V8 Blackwing engine under the hood are slim.