2022 Lexus LQ Flagship SUV Could Have More Than 600 Horsepower

The F version will have that kind of power, but prepare to pay six figures.

Remember the rather striking LF-1 Limitless concept? Lexus unveiled the luxobarge more than two years ago at the Detroit Auto Show where many people saw it a sneak preview of the next-generation LX. It would seem Toyota’s premium division has something else in mind for the high-riding behemoth as a new report from Car and Driver indicates the production version will be positioned above the aging LX.

The report mentions it will share many of its underpinnings with the LS fullsize luxury sedan, but with an F twist as there could be a high-performance version equipped with a twin-turbo V8 engine good for more than 600 horsepower. The lesser versions would grab the powertrains from Japan’s S-Class rival, namely the twin-turbo V6 rated at 416 hp and the hybrid powertrain with 354 hp.

Car and Driver reports the LQ will be available for the 2022MY, which means it won’t go on sale until sometime next year. The base version is expected to cost somewhere in the region of $80,000 and rise to about $100,000 for the flagship variant. Lexus is unlikely to launch the F model from day one, so it would probably arrive a year later to sit on top of the range with a six-figure price tag to rival the likes of the Mercedes-AMG GLS 63 and Audi RS Q8.

It is worth mentioning Lexus has already secured the rights to use the “LQ” moniker, and with the press release for the concept saying it has the “potential to shape the future of a flagship luxury crossover,” it might just happen. It can’t come soon enough taking into consideration the LX feels ancient compared to its much more modern rivals.

Get Up To Speed With The LX: 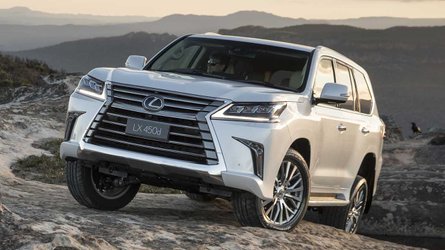 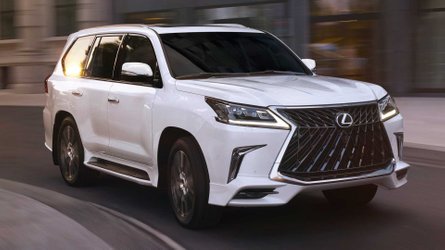 Our Toyota/Lexus insider told us a while back the LX will switch to an all-new model in 2022 and will represent a “huge departure” compared to the current vehicle launched many moons ago. It’ll be interesting to see whether he was actually referring to the new LX or the LQ. Either way, it would appear Lexus is hard at work developing an all-new large SUV.