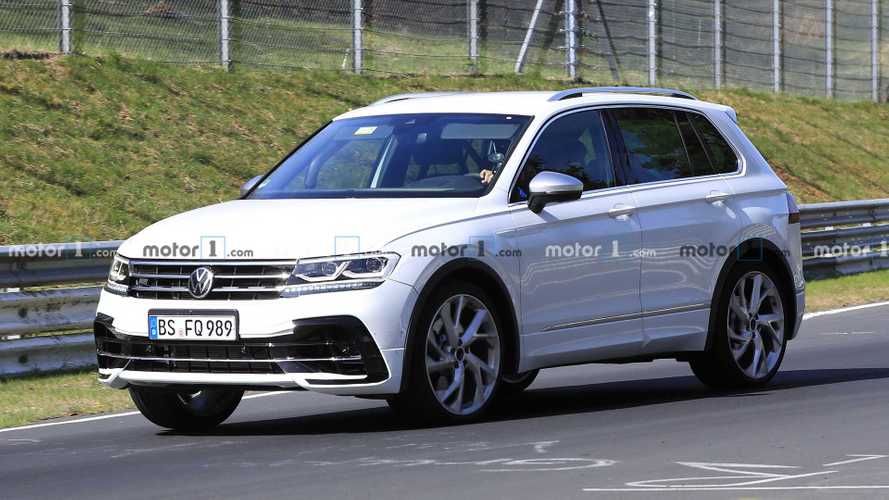 There isn't much left to hide, but it might be a while before an official reveal.

There isn’t much Volkswagen is hiding on the Tiguan R in these spy shots. For that matter, the automaker isn’t hiding much on the standard Tiguan’s facelift, either. The R is special for obvious reasons, but beyond that, we haven’t seen many prototypes out and about. A couple of spy photo teams caught this white model turning laps at the Nürburgring, giving us a rare look at the amped-up people-mover.

The test vehicle in these shots looks identical to our last Tiguan R sighting, right down to the color. The camouflage pattern is the same as well. Yes, there is camo on this Tiguan, designed to throw off the casual observer. The black/white treatment on the front fascia tends to disguise the size of those front vents, and there’s some white tape on top of that vent as well.

Moving further back, quad exhaust pipes identify this as an R model, but the innermost ovals are considerably darker. To a person seeing this on the road, only two pipes would be noticed. The camera, however, reveals all.

It also reveals what looks like a roll cage in this SUV, suggesting VW is serious about exercising this particular prototype. We’re told the Tiguan R will have full-time all-wheel drive and use a turbocharged 2.0-liter four-pot generating 296 horsepower (221 kilowatts), but a more aggressive tune could see that engine making closer to 330 hp (246 kW). It should be a lively SUV either way, and considering the aggressive-looking tires with the roll cage inside, it appears VW is keen to make the Tiguan something of a corner-carver as well.

The Tiguan Is Coming:

Obviously, Coronavirus has new-vehicle debuts all in a tizzy right now. From our previous sighting in February we thought a debut was right around the corner. However, we haven’t yet seen the standard Tiguan revealed, so right now we’re offering conservative estimates of a debut sometime late in 2020. 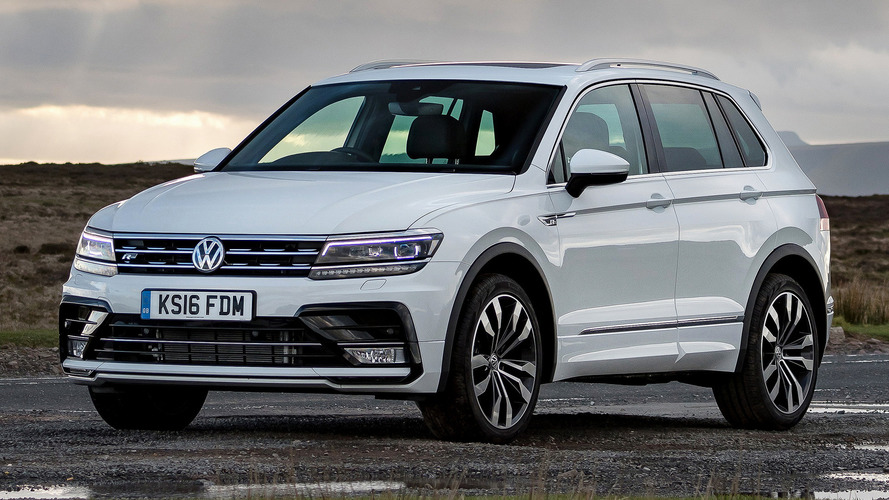