Renault Trafic Spied Getting Ready For Yet Another Facelift

Will it get new engines?

Approximately a year ago, Renault introduced an updated version of its Trafic bus for the European market. The model received a few visual revisions, updated 2.0-liter diesel engines, and a new six-speed automatic gearbox. It turns out the French manufacturer is readying yet another facelift for the popular van as evident by these new spy photos.

What we have here is a camouflaged prototype of the Trafic spied testing in winter conditions. The concealment partly covers the front fascia, which suggests it could be redesigned once again to differentiate the 2021 model from the 2019 iteration. Still, don’t look for significant tweaks as we expect just a new radiator grille and probably new graphics for the headlights.

Renault is not even bothering camouflaging the rear end but we believe some small changes are in the cards for the taillights. This test car uses traditional bulb lights at the back but, most likely, the Trafic will switch to full-LED setup.

Sharing its underpinnings with the Opel Vivaro, the current generation Trafic was launched in 2014 and has been a strong seller for Renault on the Old Continent. It’ll be interesting to see whether the new update will bring changes under the hood and it’s important to note that this prototype features a slightly longer hood compared to its predecessor which might hint at some upgrades in the engine lineup. 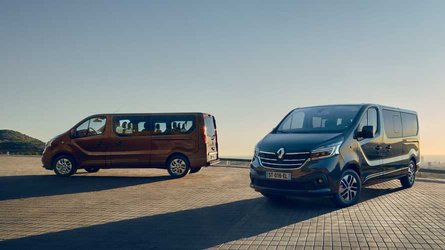 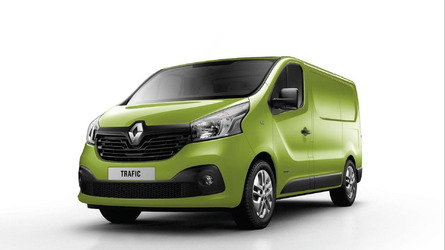 Just like before, the updated Trafic should continue to be offered as both passenger and cargo models, wearing the Trafic Passenger and SpaceClass monikers, with a choice of two transmissions, several power output options, and different trim levels.