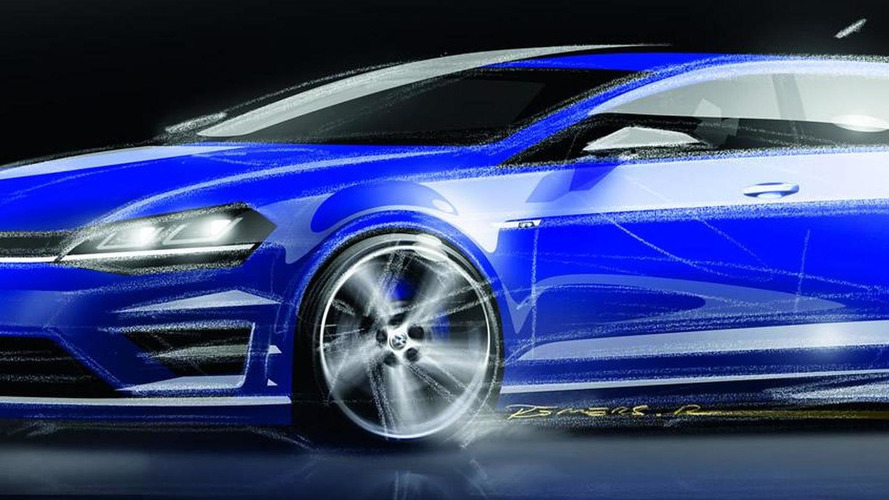 Volkswagen has released new pictures and a promotional video of the 2014 Golf R. See the clip inside

Volkswagen has released new pictures and a promotional video of the 2014 Golf R.

Set to debut at the Frankfurt Motor Show, the hot hatch features an aggressive body kit with modified bumpers, revised side skirts and a rear diffuser. The model has also been equipped with bi-xenon headlights, LED daytime running lights and four-tailpipe sports exhaust system.

Motivation is provided by a turbocharged 2.0-liter four-cylinder engine that develops 300 HP (221 kW) and 380 Nm (280 lb-ft) of torque - an increase of 30 HP (22 kW) and 30 Nm (22 lb-ft). It sends power to the ground via a 4MOTION all-wheel drive system with a fifth-generation Haldex coupling that "eliminates nearly all traction losses." This enables the car to accelerate from 0-100 km/h in 5.1 seconds with a six-speed manual and 4.9 seconds with the optional six-speed DSG.

The Volkswagen Golf R will go on sale later this year and German pricing starts at €38,325.