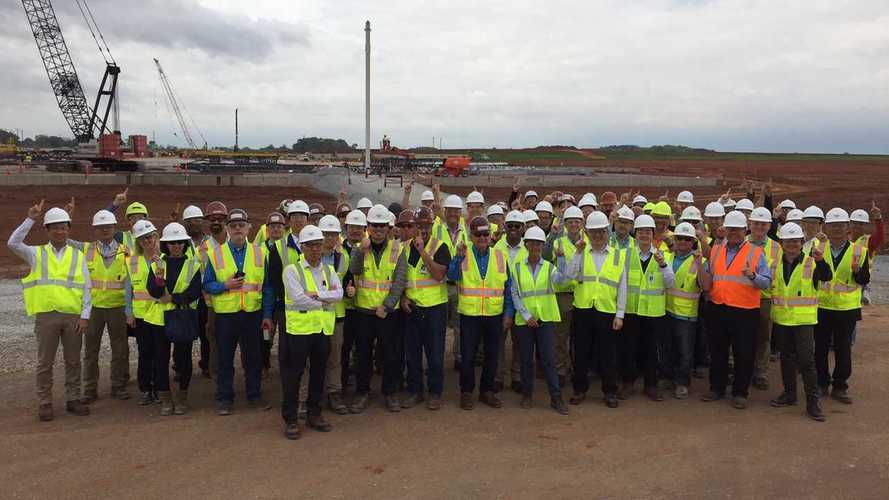 The two companies are investing $1.6 billion into the Alabama plant.

Back in January 2018, Toyota and Mazda announced plans for the construction of a U.S.-based manufacturing facility after agreeing on a "mutually beneficial long-term partnership" in May 2017. The initial plans included a production start in 2021 of 150,000 units each of a Toyota and a Mazda crossover. It turns out, the two Japanese manufacturers will have to delay the opening ceremony of the plant.

Automotive News is reporting the start of production will be postponed until later in 2021 due to the coronavirus outbreak. According to a leaked document obtained by the online publication, the production start will be delayed by a "minimum of 5.5 months" at the Huntsville, Alabama factory.

The New Alabama Plant So Far:

"On April 9, we informed state and local government officials in Alabama, along with our key suppliers, how the COVID-19 pandemic is impacting our ability to maintain critical equipment delivery schedules, creating labor shortages and slowing construction," an official Mazda Toyota Manufacturing statement, sent to Automotive News, reads. "As a result, we will delay the start of production of the Mazda Toyota Manufacturing plant to a time period later in 2021. We are eager to keep the project moving forward and appreciate the ongoing support of all key stakeholders."

Save Thousands On A New Toyota Corolla

Our source reports construction activities at the site have been interrupted at least once during the last few weeks in accordance with the governor's stay-at-home order. Mazda and Toyota are investing a whopping $1.6 billion into the facility, with a plan to employ up to 4,000 people. The factory will be the 11th manufacturing facility for Toyota in the U.S.

Save Thousands On A New Mazda Mazda3