Commonly referred to as the Fox-body Mustang, the third generation Ford Mustang was produced by the Blue Oval between 1978 and 1993. During its long production life, it went through a number of sub-models, trim levels, drivetrain combinations, and special versions and enthusiasts generally divide the generation into two segments: 1979–1986 cars with quad headlight layout, and 1987–1993 cars with a more aerodynamically-optimized front fascia. Today, we’ll talk about the very early models.

What we have in the video above is a relatively low-mileage 1979 Mustang Ghia, showing 9,266 miles (14,912 kilometers) on the odometer. The folks over from the Late Model Restoration channel on YouTube decided to put this little Fox-body Mustang on the dyno to find out how much power the coupe’s engine is still generating. 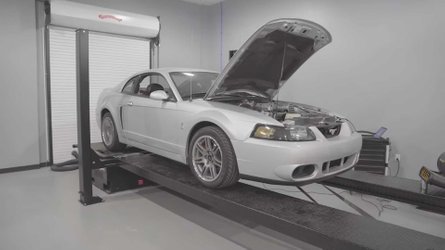 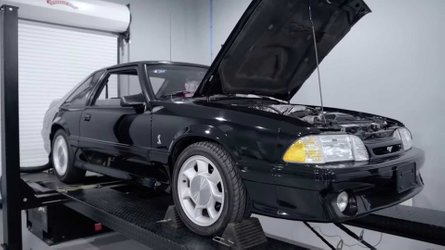 Under the hood of this well-maintained 1979 example is a 2.3-liter, four-cylinder naturally aspirated engine with a 9:1 compression. In stock form, when new, this unit delivered 88 horsepower (66 kilowatts) and 118 pound-feet (160 Newton-meters) of torque. Power goes through a three-speed automatic gearbox and reaches the rear wheels. How many of these ponies are still alive? Let’s find out.